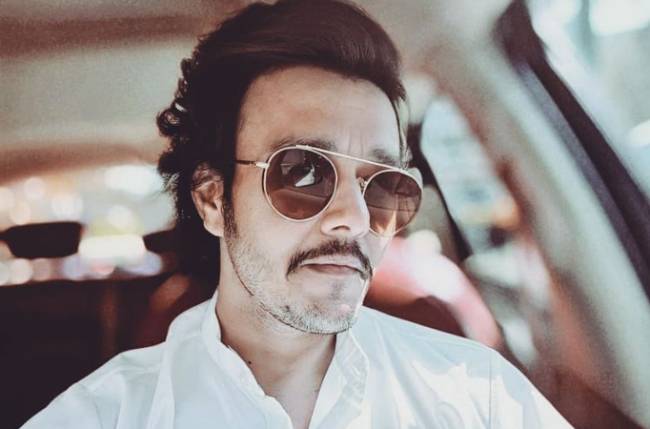 Bigg Boss 15: Exclusive! Shocking evictions to take place on the show in this special mannerThe revolutionary digital social platform Baba Play, that honours the ideology of Baba SahebBhimRaoAmbedkar is all set to launch the upcoming thriller film Quota starring Anirudh Dave. The film addresses the looming social evil of casteism. Baba Play being an Indian social media entertainment app with an aim is to awaken the society through entertainment and to spread the thoughts of Baba Saheb to the country and the world, this film fits the vision of the platform.

Quota is a story of a first-year Dalit student who faces severe discrimination at hands of an upper caste student. The physical abuse leaves a scar on the student but the system of utter negligence and purposeful targeting of lower caste students further pushes him to take drastic steps. His actions lead to an uprising among Dalit students who fight for justice.

The film is a presentation of writer, producer and director Sanjiv Jaiswal. He is known for his debut film Fareb directed by Deepak Tijori, starring ShilpaShetty, Manoj Bajpayee and ShamitaShetty. His film Anwar, written and directed by Manish Jha. He became a recognized entity of the Dalit society after the controversy that arose after his first directorial movie Shudra – The Rising. Millions of the Ambedkarites joined in support of the film’s release and Shudra reached the theatres. His recent success Pranaam starring Rajeev Khandelwal, VikramGokhle, AtulKulkarni, and Abhimanyu Singh is among his most discussed works. Jaiswal envisions that his social media and entertainment platform Baba Play will become a platform that will take the Ambedkarite thoughts to the world.

The Writer-Director, SanjivJaiswal says that “Now the country has its very own social media platform dedicated to Ambedkarites. This will be the instrument of massive change and films like Quota are pivotal to this change. We aim to offer entertainment with meaning and purpose and to spread Baba Saheb’s ideas across the nation.”

Lead actor Anirudh Dave who plays Dalit student Saurabh Rawat, the victim of casteism, is thrilled to take a meaningful story to the audience through the Baba Play platform. He says, “It is an honour to be chosen as the face of a story so crucial. We need to talk about these problems that divide our nation and ultimately become our weakness. I am excited to be featured on India’s one and only app that represents the voice of the Dalit community.”

GarimaKapoorwho will be debuting as the female lead,plays the role of a Dalit medical student who is also Asia’s fastest rider. Ecstatic about her debut she says, “I am absolutely thrilled to be a leading actor in a story that is socially hard hitting. The film truly depicts the casteism that is wrecking our society from within. The temple of knowledge is also not a safe haven for students today, and this has to change. I am glad that I will be able to voice such an important tale through my work.”

Aditya Om, who is one of the popular faces from South Indian films, will be playing the role of a youth leader who is fighting against casteism in the film Quota. Aditya Om has been quite the name in South Indian films for his acting, writing skills and film direction talent.

The film Quota will be Releasing soon on the Baba Play Platform and the trailer is live already.