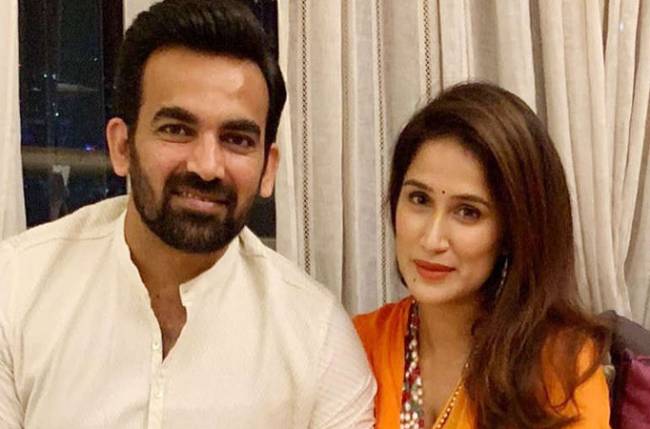 Yes, after Anushka Sharma and Virat Kohli, Zaheer and Sagarika are gearing up to start a family. Not so long ago, Anushka and Virat announced that they are expecting the arrival of their little bundle of joy in the month of January 2021.

And now, report has it that Zaheer and Sagarika are expecting their first child.

Sagarika who is in UAE along with her husband as he participates in IPL 2020, is pregnant with their first child. Recently, a video from Zaheer’s birthday celebration had gone viral and it saw Sagarika in a loose black dress.

As per reports, their friends have also confirmed to the tabloid that they are indeed going to be parents soon.

However, Zaheer and Sagarika have yet not officially announced their pregnancy.