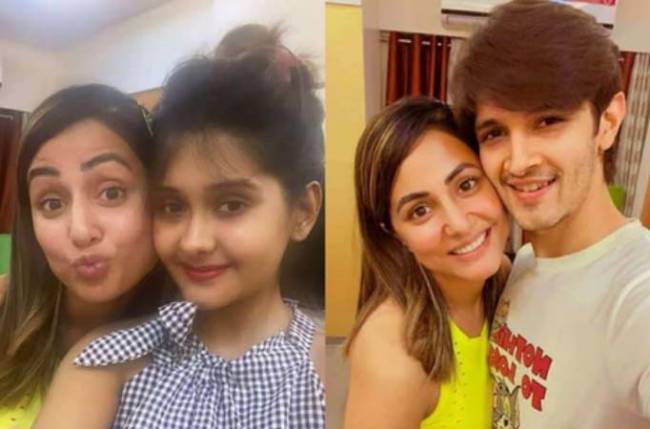 Hina Khan and Rocky Jaiswal are back from the Maldives. The actress recently had a fun evening with her Yeh Rishta Kya Kehlata Hai co-stars Kanchi Singh and Rohan Mehra. Rocky also joined them.

Fun pictures were shared on social media by Rohan and Kanchi. Rohan mentioned in his story, “Look who is back from Maldives.” Sharing a selfie with Hina, Kanchi wrote in her picture, “Love her so much.”

Rohan and Kanchi share a strong bond with their former co-star and BFF Hina Khan and say that has played a vital role in the success of their relationship. Kanchi had earlier said, “Kanchi immediately said, “Hina di plays a very very important part in our love story. She has been extremely supportive of us.”

They also visit each other on occasions and Ganpati festival and Christmas.

The three bonded on the sets of their hit show Yeh Rishta Kya Kehlata Hai. While Rohan played Hina aka Akshara’s son Naksh, Kanchi essayed the role of her darling niece Gayatri aka Gayu.

Have a look at the posts. 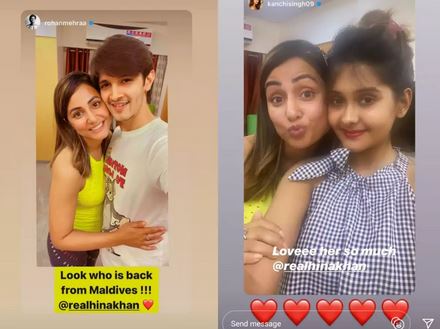