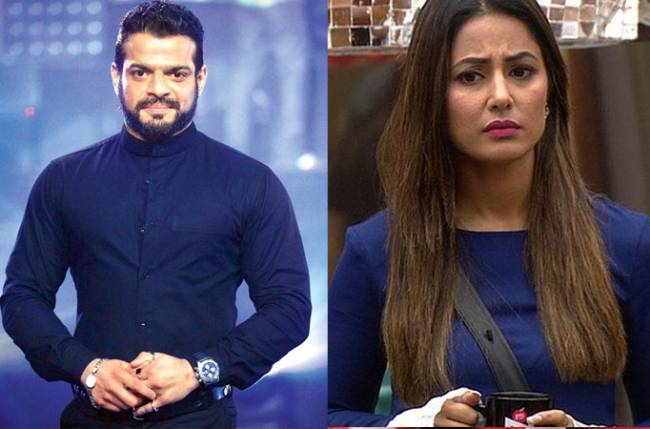 Ever since Colors’ popular controversial reality show Bigg Boss 11 has commenced, there have been controversies galore between Hina Khan and Arshi Khan.
The notorious reality series that is produced by EndemolShine is one of a kind and this season has literally been the BAAP of all seasons! Everything that we see, hear, experience and perhaps ignore or react to in real life has been brought out in the open on our TV screens and the audiences are lapping it all up. Some perhaps can even see themselves in the inmates of the glass walled mansion.
Be it the TV bahu hina Khan who was touted to be sophisticated and goody goody, turns house hardly any other member in the house has a voice as shrill as hers. Shilpa Shinde turned out to be a mix and merge of everything, a little bit of politics, a little bit of motherly affection, a little bit of the friendly sentiment mixed nicely into a batter and whisked vigorously in the pan! Arshi Khan, the motor mouth and the care two hoots atttitude, the cheeky daring, so on and so forth!
We’re sure they never forget that they are in front of the camera and the goings on in the house are literally documented! So are they doing what they are in order to stay inside the house? Or that is the way they are? Whatever the case may be the entire nation is in a tizzy with their antics! A furore of judgemental comments are being passed by all and sundry on the social media!
Even the actors from the industry are voicing out their opinions through their social media accounts upon whatever is going inside the house.