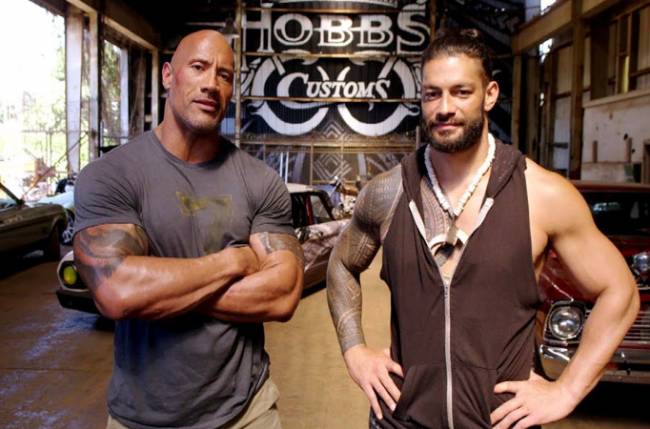 Roman Reigns is the biggest force in WWE. His name is being attached to every other veteran in the industry. Recently, an exciting rumour stated that The Big Dog might go one on one with Dwayne Johnson aka The Rock at Wrestlemania 37. But now, we’ll have to wait.

The Paul Heyman guy has himself made a statement. There are high possibilities that The Big Dog will end up facing The Great One inside the ring, but the wait will last till Wrestlemania 39. Why WM 39? Read on.

Roman Reigns recently indulged in a chat with Ryan Satin. Roman was put forth with a question of a dream match between him and Dwayne Johnson aka The Rock. The Paul Heyman guy decided to go with Wrestlemania 39 as the best possible stage to face The Rock. Dissecting his answer, Roman says, “We’ll go to Hollywood for [WrestleMania] 39, and I think it just makes sense… He’s the biggest box-office attraction for the big screen. So, to be able to take that and match it up with the biggest box-office attraction in sports entertainment, I think some magic would be made.”