Check out which shows topped the TRP charts this week. Take a look as we list down the shows that are most loved by the audience!(based on Urban charts) 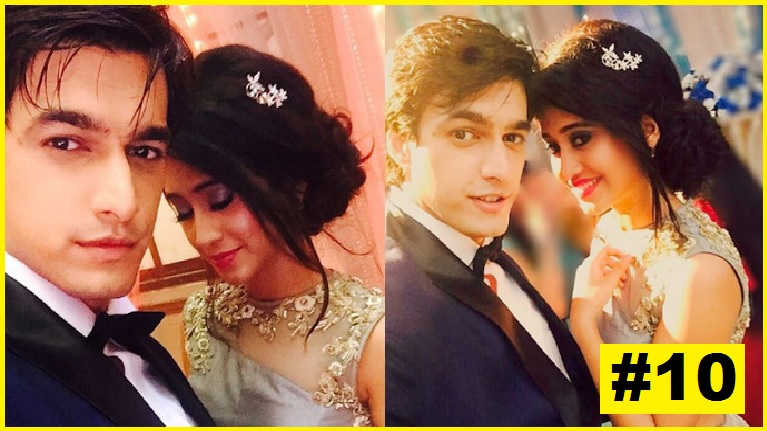 This week was an interesting week for Indian television with a lot of revelations and surprises. We decided to make a countdown of the top 10 shows based on the TRP ratings. Let’s take a look at which shows were viewed the most!

(Disclaimer- We use Urban Ratings in our countdown as the Urban chart has new shows whereas some shows that are off air, still, air in Rural charts.)

At Number 10 we have Yeh Rishta Kya Kehlata Hai with 2.2 points. Despite showing some intense drama, the show has failed to fetch higher ratings.

Udaan holds on to the 9th spot this week. Just like the last week, the show has fetched 2.3 points again.

The 8th spot is taken by Taarak Mehta Ka Ooltah Chashmah. Even though the TRP of the show is constant the show has lost a few spots on the countdown.2.4 points this week!

At number 7 we have Yeh Hai Mohabbatein with 2.5 points. The whole Adi and Aaliya drama seems interesting but is not affecting the viewership of the show.

Super Dancer takes the 6th position with 2.7 points. The contestants on this show are just too good and some of the best that we have seen on TV.

This week, Kumkum Bhagya takes the 5th spot with 2.8 points. Abhi’s memory loss gave the show a boost but Pragya and Aliya’s catfight doesn’t seem to be doing great

At number 4 this week we have Saath Nibhana Saathiya with 2.8 points. Jaggi and Gopi are creating some really nice drama and the audience is loving it!

Shakti… Astitva Ke Ehsaas Kii takes the 3rd slot with 2.9 points. The show is doing really good but is slowly becoming monotonous. We hope there is a twist coming up soon!

The 2nd slot this week is taken by The Kapil Sharma Show with 3.0 points. The comedy show is making millions of people laugh and we bet it is going to stay on this list for a while.

The Number 1 show this week is Brahmarakshas… Jaag Utha Shaitan with 3.1 points. No matter how many shows that show creative concepts or modern outlooks come up, we Indians will always watch Supernatural Shows!