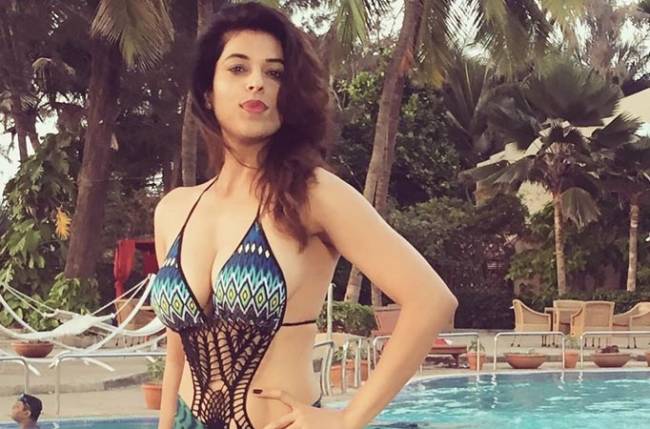 MUMBAI: Sheeva Rana will be seen alongside Lalit Bisht in Gandii Baat 3. However, recently, a clip of the intimate scene between the two got leaked and is doing the rounds of social media since then. Now, the actress has reacted to the same.

Sheeva is disappointed with what happened. She told SpotboyE.com, “I was little disappointed that the video has been leaked only because I wanted people to see the whole thing in a proper way. But now when it’s already viral and thousands of people have seen it, nothing can be done. I am disheartened and really sad.”

When asked if this will hamper her image in anyway, she told the portal, “See, we all are actors and we have to do all types of characters. So I really don’t feel it’s going to affect my image. I am an actor and I am up for anything which is going to challenge me.”

However, the actress is still keeping her character a secret. She said that her role in the series is very strong and different and that she doesn’t think anyone from the film and TV industry has attempted something like this, so she does not want to disclose anything now rather keep a secret.