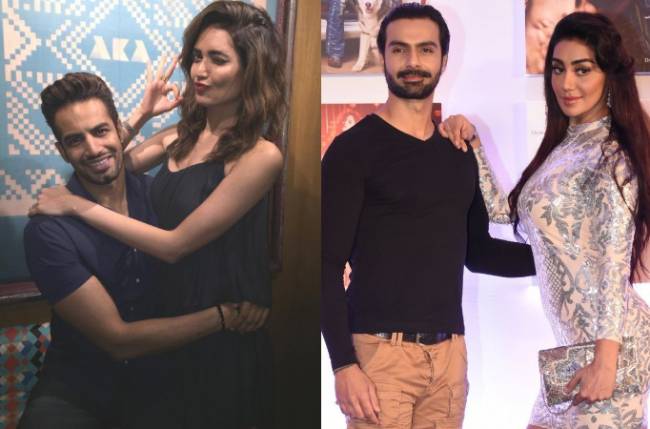 A few relationships are not meant to be. Actors got engaged later found their happiness by parting ways. Have a look at celebs who were engaged but called it quits before getting married.

They ended their relationship by calling off the engagement in 2020. The actors, who were living together, started having problems and cited compatibility issues. Maheck had said, “I chose to walk off. When you start living together and spending more time with a particular person, you get to know the real him/her. I don’t think that Ashmit was the right person for me.”

Charu Asopa is currently married to Rajeev Sen. But much before Rajeev, Charu was engaged to Neeraj Malviya. They played on-screen siblings in the show and got engaged in 2016. However, they called off their engagement.

Bhabi Ji Ghar Par Hain fame Shilpa Shinde was once engaged to TV actor Romit Raj. They were engaged to be married in 2009 but it was called-off at the last minute. They decided to part ways mutually citing compatibility issues.

The actors are happily married to their respective spouses but long back KSG and Barkha were engaged. They got engaged in 2004 but separated in 2006.

Their love story began in reality show Bigg Boss 8 but later had an ugly break up. They were head over heels in love with each other and also went on to participate in Nach Baliye as a couple. It was on this reality show that they got engaged. Upen had then in a series of cryptic tweets shared that Karishma is trying to play the victim card. However, much later Karishma addressed the break up saying, “Sometimes there is no answer to what went wrong. Sometimes two wonderful people or good souls are not meant to be together.”

This couple’s social media was all about how much they love each other. They didn’t get engaged but however, had a hush-hush roka ceremony. Shivaleeka had announced roka/engagement with Naamkarann actor Karam Rajpal in 2018. But soon before Shivaleeka was about to make her Bollywood debut, she claimed to be single. The couple refuted all roka/engagement reports calling it a hoax and said they are just friends.

Ratan Rajput got engaged to Abhinav Sharma in 2010 on marriage reality show Ratan Ka Rishta. But they called it off due to a lot of compatibility issues between them. Ratan had then said, “Like any other couple, we had a lot of issues which could not be sorted out. So, we broke up amicably. The experience has not created any kind of bitterness about marriage in me.”

Bigg Boss 14 fame Rakhi Sawant’s personal life is quite a controversial one. The actress, who inaugurated swayamvars on national TV, picked up NRI contestant Elesh Parujanwala as her partner. They didn’t get married but were definitely engaged for the entire nation to watch. Rakhi called off the engagement and admitted that she took up the show for money because she needed to buy a flat for herself.