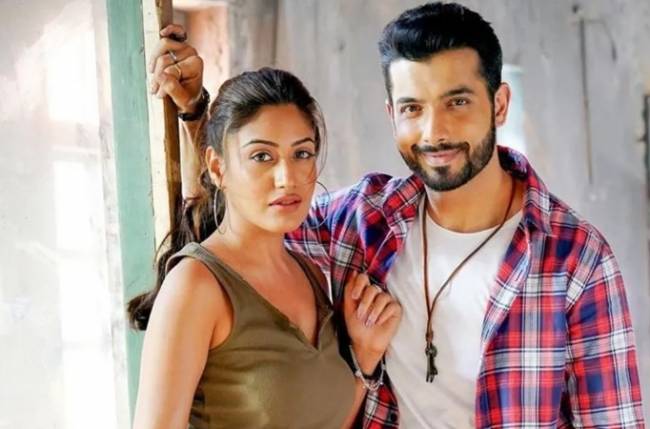 Surbhi Chandna is one of the most popular actresses on the small screen. Though the diva has appeared in just a few shows, she has proved her mettle in acting with her stellar performance.

The actress has appeared in shows like Ishqbaaaz, Dil Boley Oberoi, Sanjivani 2, and her latest show Naagin 5 worked wonders on the small screens.

Surbhi went on to bag a music video with her Naagin 5 co-star Sharad Malhotra which recently released.

The music video went on to become a huge hit among the viewers with millions of views within just a few hours of its release.

It has become a chartbuster track in recent times and fans can’t stop showering their love on this amazing onscreen couple.

Well, Surbhi and Sharad have shared several BTS pictures and videos taken straight from the sets of the music video.

The actress has now shared an unknown fact about herself while she shot for the project.

Surbhi has also shared a video where she reveals how she is scared of the gunshots and anything that explodes.

The Ishqbaaaz actress revealed how she got extremely scared when they had fired for real for one of the scenes though she had already prepped herself for it.

Surbhi had put cotton plugs in her ears so that she doesn’t get scared of the sound.

Well, everyone has their own ways to deal with different situations!

What’s your take on this? Tell us in the comments.