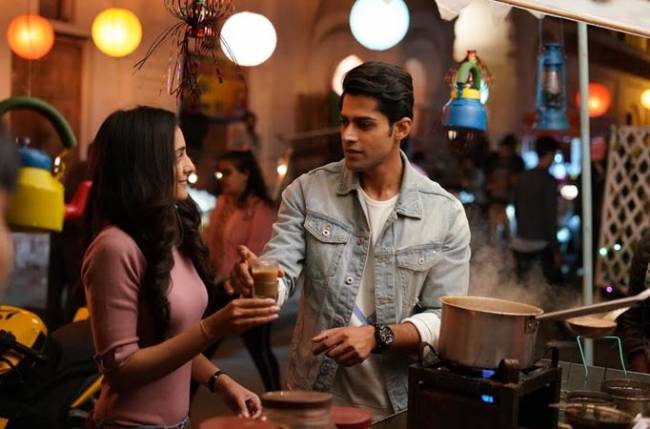 Over the years we have been hearing stories of co-actors’ deep bonding over the shoots and now we have the newest example of this Kanikka Kapur and Mohit Kumar aka Suman and Shravan of Ek Duje ke Vaaste 2 on Sony Entertainment Television. The army-based show is being entirely shot in Bhopal and the actors have been staying away from their home for quite some time now. While they must be longing for their friend and families, the actors have now formed close bonding amongst themselves too.

It is said that the actors have become good friends apart from being work buddies, Mohit and Kanikka have been each other’s travel companions during promo shoots which have been shot across locations including Satara and Ladakh. Though the two didn’t get along well with each other initially due to their contradicting personalities, the duo has now started to understand each other and has developed a strong bond of friendship over the months. The two can be seen catching over tea for night chats and going for bike rides to the famous Bhojtal lake of Bhopal in their free time. The current track of the show – Ek Duje ke Vaste 2 portrays a similar story. Finally, Shravan has been able to impress the army girls Suman and Devika and while he is dating Devika, he confides in Suman for the need of a friend. While Suman and Shravan were anti-personalities in the beginning and couldn’t stand each other, the two have now found a way to co-exist happily and the two are famous on social media as #SuVan.

Speaking about her bonding with Shravan, Kanikka Kapur said, “When we started for Ek Duje ke Vaaste 2, I never thought that I would be friends with Mohit as he is just like his on-screen character. He is really a carefree person and I am a thinker. He even used to play pranks on me which would really angry me but with time I have started understanding him. He is a great companion and a pure-hearted person. He has become my support system away from my family. We even have late night chai meetings which helps us relax from our exhaustive schedule.”