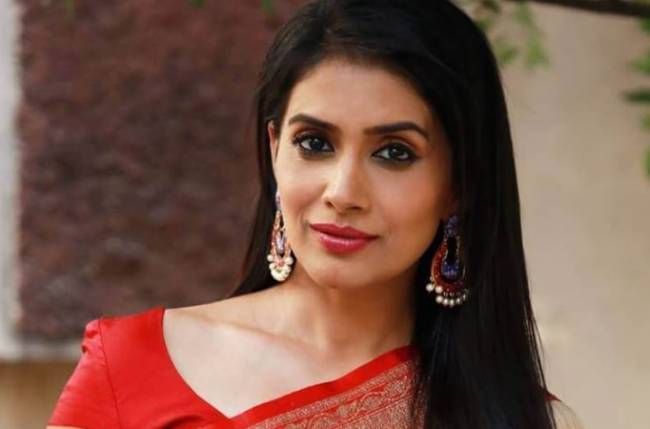 Actress Sonali Kulkarni, who is known for her notable projects in many Hindi and Marathi films, is all back on television after more than a decade. She is hosting a unique series of Crime Patrol Satark titled ‘Justice Reloaded’. The actress recently spoke about how she was initially skeptical of taking over hosting from Anup Soni as he has been a successful storyteller. Sonali further talked about the reason for staying away from the small screen and shooting during the COVID-19 times.

“To tell you very frankly, I am right now very overwhelmed because I am doing television after a long time. I’ve done a couple of reality shows like Jhalak Dikhhla Jaa and Fear Factor – the first season with Akshay Kumar. But this is something new. I’ve never dealt with this area or done this kind of anchoring. This is a show which is so true to life that I am not able to believe that we live in such a world. I feel keeping in mind the success of the show in the last 8-9 years, I was slightly nervous and skeptical whether I will be able to take the baton ahead from Anup Soni. He has been the face of the show and he has made the show very relatable and believable. As a story teller he has been very successful in his job. While taking his responsibility on my shoulders I never wanted to let my team down who present such authentic, realistic stories. When I started working on Crime Patrol I realised that this is not fiction. Whenever I am given a new script of a new episode, my first reaction is this for real, has this happened before. My team is absolutely supportive, they give me time to digest that shock because there are women who have been victims, best friends have cheated, wife has killed husband for power, there are children who are getting exploited. This show is all about making people aware that this is happening around you and it is for real and you better be watchful, careful for yourself, your surroundings, family and be a responsible citizen,” she said.

Talking about the new series and if the stories take a toll on her, Sonali said: “Absolutely. Till date I get shocked when I am shooting, I still get tears. My team empathises with me as I am not able to believe what I am saying and what has happened. It is extremely disturbing and I am at times short of words. I take pauses, I breathe in and it is difficult to believe what I am going to narrate. To my surprise this has become a challenging work because I had thought I am going to say a few lines but the meaning of those lines are so deep. It is absolutely disturbing and I think I will take sometime to compose myself overall. Right now there is this initial enthusiasm, excitement, nervousness and a variety of feelings. But I think to arrive at a composed anchor I will take some time.”

Sonali also spoke about shooting during the pandemic and how she is being a responsible citizen, “Shooting for Crime Patrol is easy as compared to the shoots I have done so far. I was in London in October 2020 for a month. In November, December I was in Kerala and then in 2021 I started a film in Mumbai. So, I have been working pretty much since October. Till then I was working from home and doing all possible initiatives from home whether it was fund raising, or support for theatre, any shout out, participating in any social activity, I have done so much work from home that I had not imagined I would be ever doing. But shooting with other people at different locations did have more fear or threat than shooting for the Crime Patrol. Here my team is absolutely sorted and they have been doing anchor shoots for years, they know how to keep the unit minimal, sanitization is taken care of and I am the only one who is acting in the front of the camera. There is nobody around me in the periphery of 7 to 10 ft. The camera is away, attendants are away, I wear my mic so the sound team is away. The only people who are in proximity are my staff, the hair, and make up people. They are always masked and they sanitise their hands and so do I. I try to be a responsible citizen and cooperate with the Government and our neighbourhood. Let us keep up the good work and good sanitisation, faith to come out of this pandemic,” said the actress.

When asked about the reason for staying away from the small screen, she said, “I have always been very scared of time commitment and that’s the only reason I did not take up any fiction show. Whenever I was offered any fictional show, I was asked to give the commitment of 4 to 6 months and I have been busy with many films. I have been travelling across the globe for international films, regional and Hindi films and these movies took me everywhere. I was just scared that it would limit my travelling and my cinema work. That’s the only reason otherwise I have a huge respect for TV because it gives excellent work to actors and technicians. There have been so many friends who have made their lifestyles out of TV. They have earned name, fame, wealth and stability by working on TV. They have been absolutely grateful to the medium. But I was always nervous about the time commitment.”