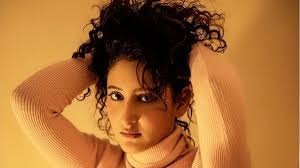 We have always been on the forefront when it comes to reporting updates on Bollywood, television and the OTT medium.

We have been constantly updated our viewers on the freshly baked news from the world of entertainment and now, out of the many projects lined up on the television medium, there is another in the pipeline.

A lot has been written about And Tv’s soon to get launched show “Shiv Puran”. Shiv Puran is produced by one of the most celebrated production houses Essel Vision. They are well known for their blockbuster Reality Shows on Zee Tv and who can forget the magic of Zara in Ishq Subhan Allah.

Well, according to speculations doing the rounds, Shivya Pathania will soon join the cast of the show. She is touted to play the role of Parvati. Shivya debuted in television playing Aarzoo Sheikh in Humsafars opposite Harshad Chopda. She played Zara Khan in Yeh Hai Aashiqui and gained wide praise for portraying Sanchi Mittal in Sony’s Ek Rishta Saajhedari Ka, co-starring Kinshuk Vaidya.

As we already reported Essel Vision is back with a mythological show for their fans on And Tv. We had already reported that Ek Veer Ki Ardaas Veera fame Kapil Nirmal and Prem Bandhan’s Chhavi Pandey are all set to play the lead role of Shiv and Parvati in the show Shiv Puran. This fresh new pair seems promising for these divine characters.