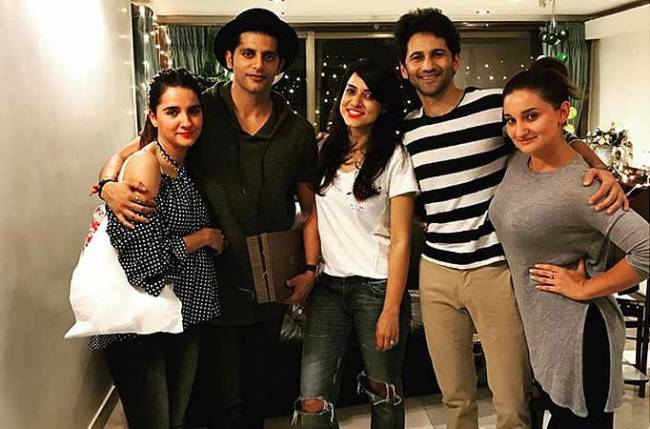 MUMBAI: Yet another day and we bring you a bunch of news and happenings from the world of television. Read on-

These days, trolling has become a huge problem and especially for actors who face a lot of trolling bash online. A few days back, Shakti Arora had faced a similar situation when he posted a photo and captioned it, saying if no one hates you then you are doing something wrong. And one of the followers of Shakti bashed him for his portrayal of Kunal in his on-going show Silsila Badalte Rishton Ka. Shakti calmly handled the entire situation.

The &TV show Bitti Business Wali has a good concept, but the falling TRP suggests that it has failed to impress the viewers. And as per the reports, the show might go off air soon! The show stars Abhishek Bajaj and Prakruti Mishra in the lead roles. It had been launched with a lot of hopes and expectations but turns out it hasn’t been able to connect with viewers. Hence, the makers have taken the decision to take it off air.

Actress Shruti Rawat will soon be entering SAB TV’s Super Sisters. The upcoming track will see Shivani losing her magical powers. Shruti, who will play a positive character, will come as a saviour for Shivani. As per sources, Shruti will play the ‘soochna pracharan mantri’ in the show. It will be a visual treat for the fans to watch how she manages to get Shivani’s powers back.

Sony TV’s upcoming show Patiala Babes is creating a lot of buzz with its casting. B-town actor Ashu Sharma will be seen in the show. The actor has done a lot of Bollywood projects including Happy Bhaag Jayegi, Dishoom, No One Killed Jessica, and latest being Yamla Pagla Deewana. He has also played a noticeable character in the Zee TV show Kaleerein and was also seen in Laado 2 – Veerpur Ki Mardani. According to reports, Ashu will be seen playing the character of a lovable Punjabi lad who will be a Ghar Jamai.

The show Shararat: Thoda Jaadu, Thodi Nazakat was one of the most popular sitcoms of Indian television. People kept themselves hooked on to Star Plus for every episode of this light laughter-filled daily. Actors Shruti Sheth, Farida Jalal, Karanvir Bohra, Mahesh Thakur were some of the lead actors of the series. Yesterday, Shararat completed 15 years since its launch and the Shararat family celebrated the milestone like a family once again.

As we all know, these days actors are very fitness conscious! Some hit the gym while some take on to yoga. One such fitness freak actress is Aashka Goradia. The actress has shared a video with her husband Brent Goble wherein the two are seen performing yoga and giving everyone some fitness goals.

Drashti, who is currently busy shooting for her serial, has shared a very adorable post on Instagram. She captioned the photo saying that she misses watching Netflix with her husband.

A few weeks back, there were reports that Ekta Kapoor lashed out at Shweta Tiwari for stating that Ekta had offered Kasutii to her daughter. Shweta has come out and cleared the air about the same. In her statement, she said that Ekta didn’t offer the role directly but someone in the production house, who holds a high position, had offered her the show. She also mentioned that the concerned person had asked her if Palak would do the role, but she declined it because of her studies.