“Daily soaps are all about repetition and milking one moment for an entire episode,” rants Rytasha. 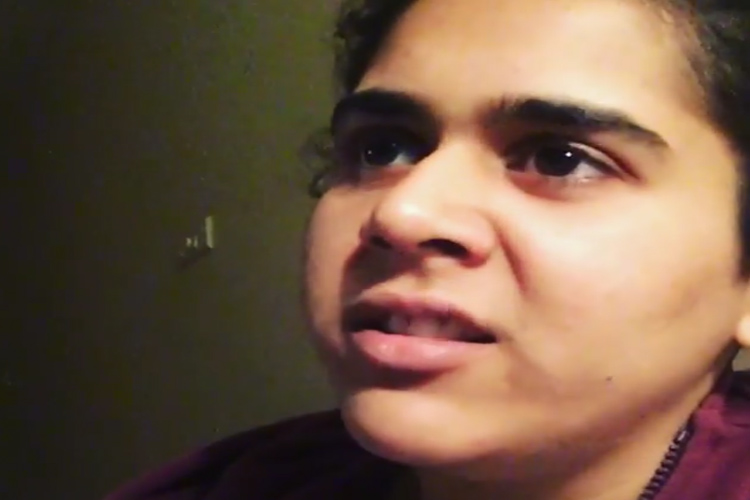 The journey of a TV actor in the entertainment industry can be considered to be tough and challenging, where they have to enact monotonous scenes every other day and manage to do that with full conviction.

However, while several actors refrain from talking about this, actress Rytasha Rathore who plays the lead, Badho in the And TV show, ‘Badho Bahu’ did something absolutely shocking.

The actress, who is known to be quite outspoken recently posted on her Instagram about how she feels frustrated as an actor, where she has to do the same thing all the time and that being a TV actor can never fetch you creative satisfaction-

From mentioning that daily soaps are all about repetition… to feeling frustrated as an actor and from taking sarcastic digs at the concept of daily soaps… to putting the above controversial image to the script, the actress has really been gutsy to do the same.

We contacted the producer of the show, Dipti Kalwani, who said, “It doesn’t matter at all. She (Rytasha) is a little kid and just like anyone, she has good days and bad days. She doesn’t understand how television operates. Hailing from South Mumbai and being mere 23 years old, Rytasha is young and she is growing with time.”

She added, “More importantly, when it comes to her performance, I cannot have any complaints with her at all. She is a fantastic actress and will only get better with time. These instances are normal and she keeps posting stuff like this on Instagram.”

We asked her if she was concerned about such instances affecting the image of the show or whether it comes across as degrading to the show’s reputation, to which she said, “Putting a particular post on Instagram cannot affect my show’s audience. Many posts are posted and that is not a big deal. She is learning and she will keep doing that. Plus, she keeps posting and removing stuff on Instagram and hence it doesn’t matter at all.”

She also added, “In fact, she was just sitting with me and we laughed off the whole thing. I have no problems with her and wouldn’t like to give too much meat to this matter,”