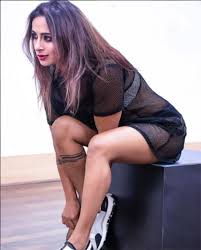 Shweta Mehta, who emerged as the winner of Roadies 15 in 2017, met with a fatal accident in 2019 at a trampoline park in Gujarat, where she was invited as a special guest.

She suffered several fractures in neck and damage in her spinal cord. She was on bed rest for six months and lost out on a lot of work. The trampoline park refused to pay her compensation, and she had no choice but to use all her savings for her treatment. However, Shweta did not give up. She recently opened up about the challenges she faced after her accident in the last two years. Read on for excerpts.

In September 2019, I went to Surat to shoot an ad for a peanut butter brand and their marketing team was also connected to the Woop Trampoline Park which was about to open. A week before the opening, I was there and let me tell you I’ve done this kind of activity and represented India in the US in Ultimate Beastmaster. We have done jumps from distance, pull up activities. This time at the Trampoline Park where I was invited, there was an activity which was tower jump where you jump from 20 ft which was supposed to be very safe. It was not for any athlete or fitness people. It is for kids and families. When I jumped the cushions moved off and I landed on my head. I hit my head on the ground and it was a concrete base. Either, it should have been the belt or ideally the cushions have been there. The depth is ideally 5-6 ft, but I could feel that it was 2.5 ft.

I broke my neck. For somebody, who is very active in life and does fitness training, when that kind of person meets with an accident it is a very painful thing. I remember when I met with the accident I asked the doctor how many days I will take to be back to my work and he told me 3 months. I was shattered as on the day of discharge, he told me that I will be on bed rest for three months and I should not think about training. He told me I should not think about fitness for some time.

I was working on another reality show. I wanted to do a Punjabi movie, there were so many things in the pipeline. And suddenly I lost out on everything. I lost everything, all my future projects within a month. Future projects were a secondary thing, I lost my courage. In all this the major issue was, I did not get my medical compensation from the people owning the place where I met with an accident. I met with an accident at Surat, at a Trampoline Park. They did not compensate for my medical bills, the loss of my current or future projects. This is India and I had to live with it. I fought with them for five to six months to get an FIR filed against them. It took a lot of time and then I realised I am fighting but it is not worth it. I felt I should rather concentrate on my health and career.

I fought a lot for compensation and everything but did not get any help. I was so surprised that nobody came forward to help me or spread this news. General people helped to spread the news, but the people I was expecting to get help from did not come forward. Nobody probably wanted to fight with the owners. I was so surprised that the only girl who has represented India in such a show, is injured because of that particular activity and nobody is giving a sh** about it. It was so bad and painful. My parents were hurt a lot.

Nobody came up to help me to file an FIR. All the advocates, at least 10 of them and DCPs, SPs they would blame me. They would tell me, “Madam dekh toh lete kyu jump maara aapne”. I would tell them when you go to an amusement park, do you check nuts and bolts. Even the lawyers would say, nothing of this sort has happened in India in the past, you can never win the case. Nobody was ready to file the FIR as the incident happened in another state.

The owners did not give me any compensation. They were just bothered about their reputation. They even changed their name to Woop Trampoline Park – the safest trampoline park. They were blaming me for the accident all over social media that this girl did not use a helmet or harness. But for the tower jump nobody uses a harness or helmet. It was quite funny. And the people actually believed them.

I was completely broke in 2020 as I had used all my money on my treatment. My parents helped me financially and I am someone who would never take money from their parents. I also started doing a lot of cost cutting on my own. I was staying in a big apartment in Mumbai, I left that and shifted to 1 room kitchen and I am not ashamed of it. I gave up on many other things which girls don’t like to do. I had planned everything in my life, I wanted to have a 2 bhk flat in Mumbai by 2021 and I smile when I think about it. I wanted to start my own merchandise. I was supposed to have Rs 20 lakh in my account by this year as per my plan but I had zero balance in my account. But I like that phase because it is a kind of story. Maybe 4/5 years down the line I will have a great story to tell to everyone that looks at what happened to me but I did not give up.