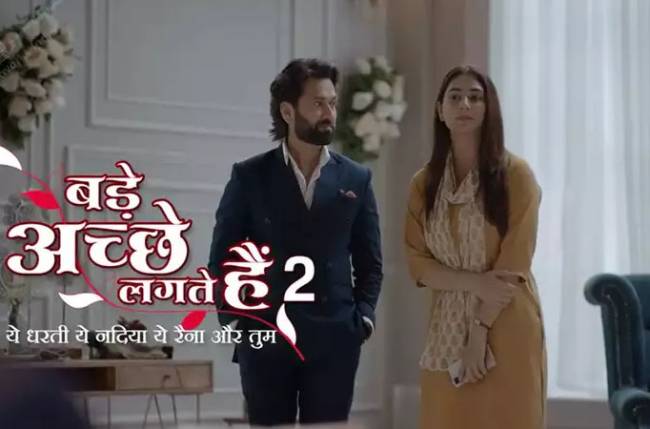 Disha, who will be seen portraying the character of ‘Priya’, said: “I really hope people accept the Season 2 of ‘Bade Acche Lagte Hain’ just the way they embraced the first. I am happy to be a part of this show and I really hope that people also enjoy it.”

Season 2 will explore the dynamics of two individuals in their mid-30s who gradually find a way to love one another after their marriage. Disha and Nakuul are going to play the roles of ‘Priya’ and ‘Ram’, respectively.

Disha, 28, is also known for her roles in daily soaps such as ‘Woh Apna Sa’ and ‘Pyar Ka Dard Hai’. Talking about accepting the ‘Bade Acche Lagte Hain 2’ offer, she said: “I had taken a sabbatical from television, which I do usually between two shows, and nothing really exciting came along, so when the call for this show came, I said to myself, ‘Hey, wait. I want to explore this’.”

Not only Disha, but Nakuul sounded excited about the show and said he was looking forward to bringing the character of ‘Ram Kapoor’ alive on screen.

He added: “It’s a story I’ve watched, my parents have loved, and I just felt it would be a unique challenge. The role is something I’ve never played in my career until now, so I was actually very upbeat and now closer to the launch I feel very, very excited about it.”