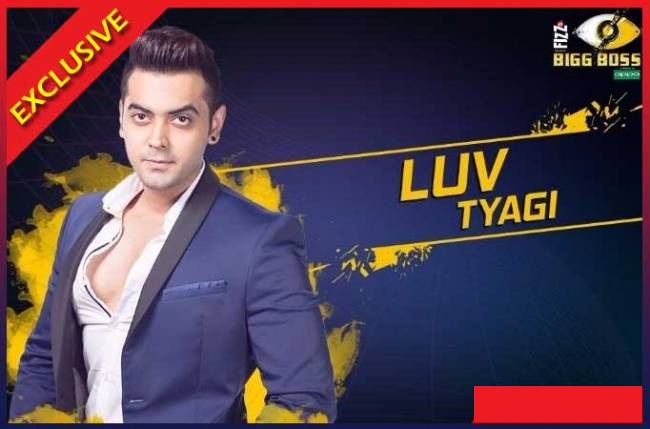 Mumbai, January 22, 2018: The 11th edition of the controversial reality series Bigg Boss made some nameless faces, household names. One contestant, who has benefited the most out of this season, is the Padosi of the season – Luv Tyagi. The hot lad, who was low profile in the beginning of the season, bucked up in the middle of it and had a glorious stay in the house. His popularity was such that, big names like Hiten Tejwani and Priyank Sharma were evicted out of the house when they stood against the Northerner Tyagi.

Though Luv didn’t enter the final week, the guy has got his luck ringing outside the house. According to our information, Luv has bagged another reality show post his stint in Bigg Boss. Well, the show is not just any other series but another controversial reality show – Splitsvilla.

A little birdie close from the channel revealed that Luv has already signed the papers to participate in the dating series. The heads at Viacom 18 were keen to associate with the contestant again and Splitsvilla was an apt show. Keeping in mind the fan following especially his female fans, Luv’s participation in the dating series would be a fruitful deal for both the parties.

As per our information, the series hosted by Sunny Leone and Rannvijay Singha will probably go on floor in the month of March. A little birdie revealed that Luv has already signed the papers and cannot work in any other project till that time.

Well that will be quite an interesting piece for all the Luv Tyagi fans. Don’t be surprised if the dating series comes out as a bachelor version for Luv. Ladies hold your horses to see your charming prince romancing other ladies. How do you think his stint in the dating show will be like?