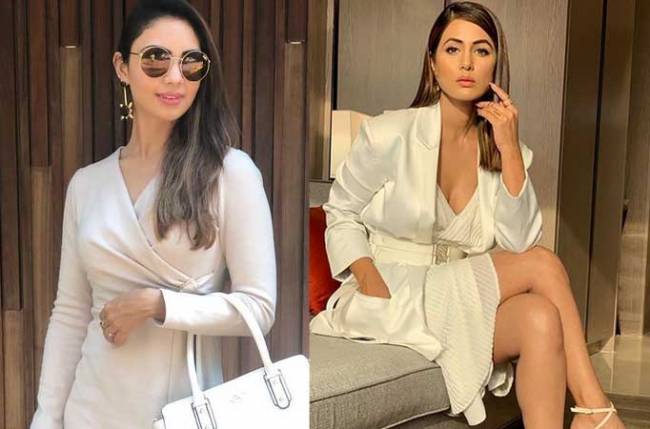 MUMBAI: A popular face of television world, Hina Khan has mesmerised the audience with her work. She has appeared in some of the popular TV shows and made a strong place in the hearts of her fans and admirers.

The actress played the role of Akshara in Yeh Rishta Kya Kehlata Hai, and also participated in the controversial reality show Bigg Boss 11 and became the first runner up. Her current project is the hit soap Kasautii Zindagii Kay, wherein she is essaying the role of Komolika. And since a long time, Hina is grabbing headlines for Kasautii Zindagii Kay.

Earlier, there were reports that due to prior commitments, Hina might leave the TV soap. Now there are reports that the actress is trying to adjust her dates so that she can continue playing the role of Komolika.

Hina has signed a couple of films. According to media reports, she has bagged an international project, and she will be walking the Cannes red carpet, too. Due to all of this, she was facing date issues. So, she informed her fans on social media that after March, she will not be a part of the show, and that she will be not be playing the role of Komolika.

However, now it seems her priorities have changed as Pooja Banerjee, her co-star from Kasautii Zindagii Kay, said that Hina really wants to play the role of Komolika. She shared with an entertainment portal, “Actually, Hina is not exiting the show. Basically her dates are an issue. So, she is also trying to figure it out. She is trying her best ki vo kisi tarah ruk jaaye.” In fact, according to a previous interview the ex-Bigg Boss 11 contestant would love to return to the show as Komolika if she is not being replaced.

Would you love to see Hina as Komolika again? Hit the comment section.