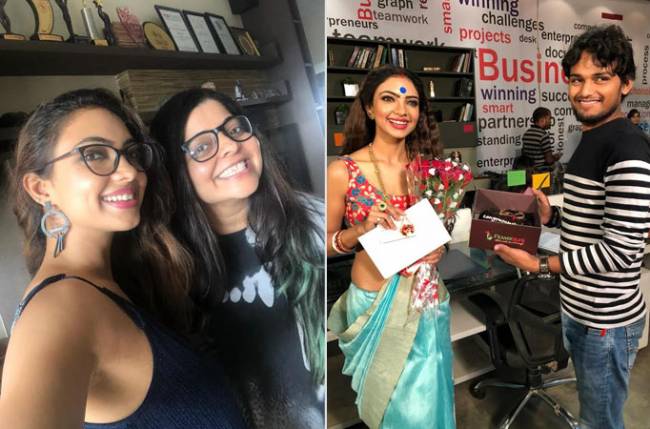 MUMBAI: Kasautii Zindagii Kay premiered on 25 September and is already being loved by fans. It is a reboot of the iconic 2001 series of the same name. It airs on Star Plus and stars Erica Fernandes and Parth Samthaan in the roles of Prerna and Anurag, respectively.

Actor Pooja Banerjee, who plays Nivedita Basu in the show, actually met the real Nivedita Basu recently. For the uninitiated, Nivedita is a TV producer who was associated with the first season of the show as a creative professional.

‘I am very excited and very nervous for the show. I have known Nivedita for a long time. We were supposed to do a show together, which I couldn’t do. We became friends since then. She had been waiting for me to come over for lunch. She wanted to congratulate me for Kasautii,’ she says.

In fact, Nivedita gave Pooja some useful tips too! ‘She was such an important part of Kasautii. She guided me well and helped, motivated, and encouraged me.’

Meanwhile, Pooja’s fans are as excited as she is for the show. ‘A lot of fans sent flowers and cakes to congratulate me for the role. Their excitement means a lot to me,’ she says.

(Also Read: Oh No! Mohini’s brother to misbehave with Prerna, Anurag to get furious in Kasautii Zindagii Kay)

The feedback for the show has been excellent so far. We wish you all the very best, Pooja!