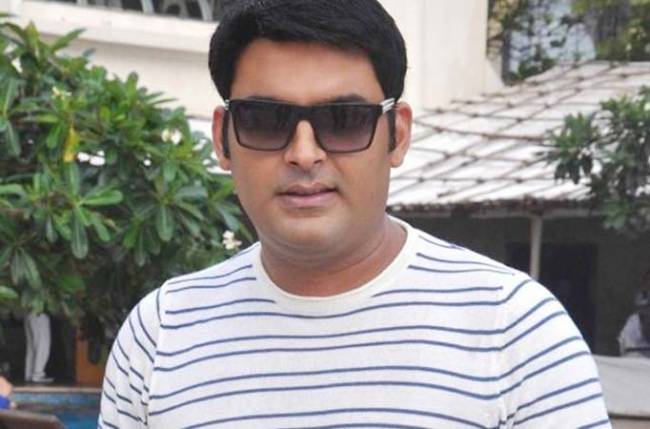 Mumbai: Do yourself a favour. Don’t make the mistake of writing off Kapil Sharma, although the entertainer who brought so much cheer into our lives has nothing to smile about at this point of time.

But then tough times, as we all know, don’t last. Tough human beings — and good ones — do. Hang me for saying this, but I truly believe Kapil is a good human being. Simple, straightforward, he always tells it like it is. The deep connect with the masses is not a put-on. With him, what you see is what you get. You won’t find him mincing words.

No one cares to see the pain that Kapil is going through. They only see the rude, obnoxious and abusive tweets he had sent out to a journalist last week. If only they would see the provocation behind these unsavoury outbursts of truancy, they would understand him better. No, it is not arrogance. It’s just the opposite. Kapil is an extremely vulnerable man who was unequipped to handle the superstardom that hit him, and Indian television, like a meteor. We didn’t see it coming. Neither did he.

Now that he has achieved stupendous success, he doesn’t know how to handle it. I’ve known him before he became a big star and he has never been anything less than warm and affectionate and seemingly vulnerable — sharing with me his inner-most fears and insecurities.

When I spoke to him after the fireworks that eroded his reputation even more, he was not the least apologetic. On the contrary, he told me things related to the incident that further exposed the hollowness of this whole sham and shindig that we call showbiz.

In a world of make-believe where there are no real friendships, Kapil looks for genuinely unaffected and caring people. When he doesn’t find them, he recoils and hits out at those who use his superstardom for gains.

While it would be unethical of me to reveal the shocking details that emerged from Kapil’s heartfelt outpouring on Friday night, I can say this much without breaching his trust: Kapil is very much hurt by the betrayals that he has gone through in the past few years.

“How would you respond if you went through the same things? Wouldn’t you be angry? We all have our way of expressing anger. I do it with gaalis (abuses),” Kapil told me.

Kapil’s is a sordid saga of backstabbing and treachery. But it’s not an unusual one in our entertainment industry where opportunists get a free run. But Kapil doesn’t know how to cope with it.

Let me not mention the names of his colleages on Comedy Nights who turned his life into a nightmare. They know very well the “naatak” that they are carrying on in the press to make themselves look like martyrs and paint Kapil as an arrogant, self-destructive entertainer who allowed his talent to be smothered by his insecurities.

This reputation is ill-earned. The tales of Kapil’s drinking and ill health — though not untrue — are highly exaggerated and planted in the media by some of his colleagues who wanted to become bigger than him.

A post-script: Kapil has promised to marry the very devoted, very intelligent and sorted Ginny — the mysterious girlfriend about whom no one knows, and to whom, Kapil says, he is “already married in his mind”. Making it official would be just the kind of formality that is abhorred by the informal, unassuming and unpretentious boy-man from Amritsar.

The man who brought abundant laughter into our lives, I am sure, would continue to do so.

See you, Kapil, after the break.