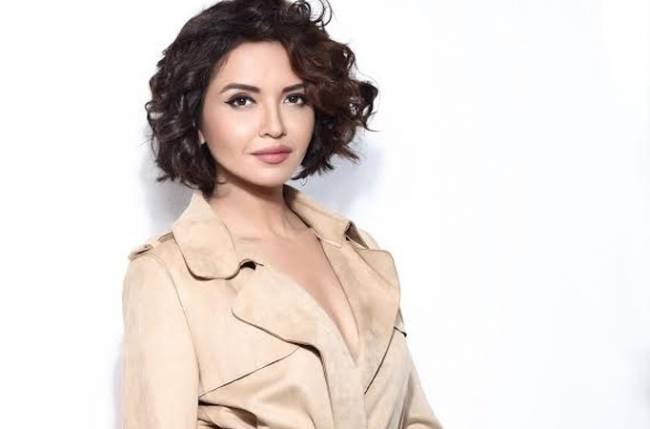 Apart from being a popular actor on TV, Parull Chaudhry is also exploring the journey of an anchor. She is hosting a show for Aaj Tak and is completely enjoying her new stint. Happy to be doing something different, Parull wants to excel in it and learn as much as possible.

“I’m anchoring a show on Aaj Tak called “Saas Bahu aur Betiyan”. I’ve taken over from Pooja Kawal, who used to anchor the show earlier. The show closed during the lockdown and is back again, they’ve kind of revamped it and brought it back in a new way. That’s when they changed the anchor too. I was lucky enough to get the opportunity and grateful to the Aaj Tak team and Amit Tyagi for putting faith in me. The show has been doing well for 14 – 15 years and I’m glad to be a part of such a journey,” she says. The show is being aired in the UK now but will be coming to India soon.

On whether she likes anchoring more than acting, Parull answers, “Anchoring is like presenting something to people, for example, in Saas Bahu aur Betiyan I am presenting TV and film gossip to the audience and I am showing them behind the scenes like a true blue sutradhar. Whereas when I am an actor, I am actually playing a character in a story and doing everything in front of the camera. So, both are very different from each other. I enjoy both because when I am an anchor I am obviously being me. I get to show shades of Parull, while as an actor I get to play different characters, who are not at all like who I am in real life. I am enjoying both being an actor and an anchor.”

This is not the first time that the actor has taken up anchoring. She has had a brief stint earlier with a sports-based show that was aired on Sony Max. For that show, she used to visit different places and interview people before, after and during the half time of cricket matches and ask them about the game, their favorite players, etc.

“I really like Manish Paul’s anchoring. He knows how to engage his audience and doesn’t behave like a typical anchor. He’s warm and funny, a complete package. Way back in Delhi when I used to be a model, he used to anchor small shows in Delhi and we have known each other since then. I still remember that I had done a sort of a reality show at that time, when I was a model and Manish, had anchored that show which had Riya sen, Shayan Munshi, Tarun Arora and I as participants. It was one of the most fun reality shows. I have only seen Manish grow over the years,” she says.

Speaking on her career goals, she adds, “Right now I’ve a lot at hand and I’m enjoying the phase. I want to do better both as an anchor and actor. Five years from now I think I would have done a lot of web and film projects and also anchored good shows. I just hope it’s all bright and happy five years down the line.”

Amit Tyagi Entertainment Editor of Aajtak opines that Parul’s real-life charming persona and experience as an actress will surely appeal to the viewers of Saas Bahu Aur Betiyaan. For the last 14 years, the show has been a daily entertainment show on Aajtak. The show currently beams on international and digital platforms of Aajtak and soon will come on Aajtak. The show went on a break last year in June due to Pandemic-related programming.