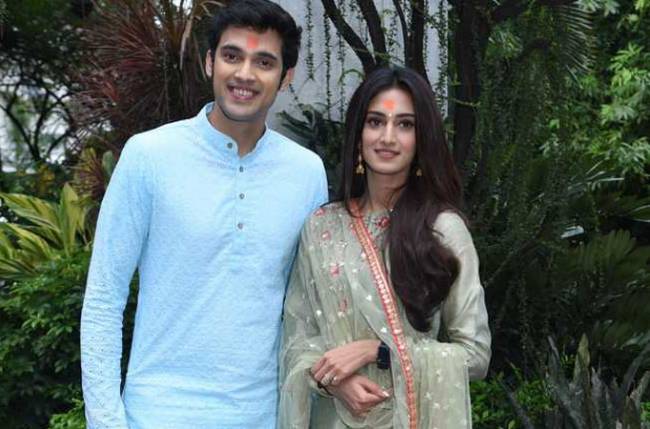 MUMBAI: Parth and Erica are one of the most loved on-screen couples and are ruling the television screens with their performance as Anurag and Prerna in Kasautii Zindagii Kay.

Well, there are many media reports doing the rounds that Erica and Parth are more than just good friends. It seems that this was one of the prime reasons for Hina’s absence from Parth’s birthday. Erica played a key role in planning the guest list and didn’t want Hina to be a part of the celebrations.

In fact, their bond has grown to such an extent that they arrive, eat, and leave together from sets. Now, Parth has strongly hinted that he is in a relationship with Shaheer Sheikh’s former girlfriend, Erica.

It seems like history is repeating itself, as Ekta Kapoor’s Anurag and Prerna have fallen in love in the same way as Cezanne Khan and Shweta Tiwari in the original Kasautii Zindagii Kay.

Now, as the show has become number one, Parth and Erica have another reason to celebrate. The recent popularity of the show might be the reason Hina Khan decides to come back when her film shoots are complete. She will soon star in a Vikram Bhatt film where she plays the editor of a fashion magazine who gets victimized by a cyber criminal.