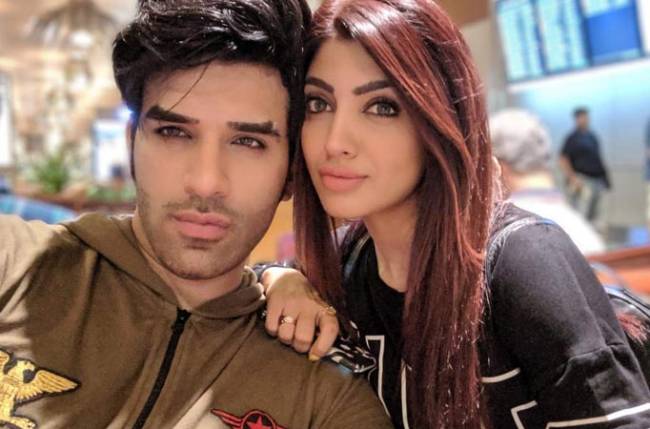 Paras Chhabra, who is currently seen in Bigg Boss 13, is getting major limelight with his controversial statements. He is also the one who is also enjoying all the attention of the female housemates. And now, he is garnering headlines as he recently revealed that he tried to end his relationship with Akanksha Puri many times, but he couldn’t as she would end up in tears and he doesn’t want to hurt her.

And now, in an interview with Pinkvilla, Akanksha Puri, his girlfriend, reacted over the same. She said, “I have absolutely no clue about this. I knew he is playing his game and will be going to any extent to win his game. I was all prepared about him flirting with girls and selling his playboy image everything, but he saying all that has even surprised me. But he is a good player and is one of the strongest contestants in the show. I want to just support him. He left on a very different note, he gave me the responsibilities of his house, his mother, his accounts, his clothes in Bigg boss, everything. He told me to stay strong and support him and this is what I am doing and will do till the time he is inside the house. Rest everything will be clear once he is out and talks to me directly. I don’t want to react to anything right now. Let him play his game. I wish him all the best.”

She added, “Obviously, it’s a little disturbing but when you are with a guy like Paras for almost 3 years, you are prepared for everything. He is not an easy guy to handle. One has to be a way to understanding and patient to be with Paras. But like a said earlier, he understands these reality shows better than me, so all I can do is to wait for him to come out and support him till then.”