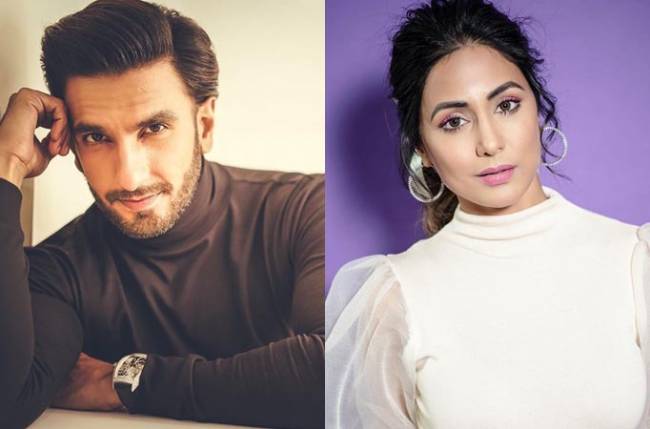 Hina Khan is one of the most successful and cherished stars of television and the actress has a massive fan following. She was last seen as Komolika in Star Plus’ Kasautii Zindagii Kay and she nailed her performance as Komolika in the serial.

Now the actress is on a break as she is busy with other commitments and waiting for the right scripts.

The actress has a loyal and massive fan following.

We came across a fan-made photo of Hina Khan and Ranveer Singh, where one can see Ranveer Singh flirting with the actress.

The actor tells Hina that something is wrong with his eye, and when she shows concern, he tells her that he can’t get his eyes of her.

The fans have commented that they would love to see both Ranveer and Hina together on the big screen someday, as they would make a wonderful pair.

Hina had recently, in an interview had said that the one actor she would like to get married to was Ranveer Singh as she is a huge fan, and she simply loves his sense of humour.

There is no doubt that Hina Khan and Ranveer Singh are two big names from the entertainment industry, and they would have sizzling chemistry.