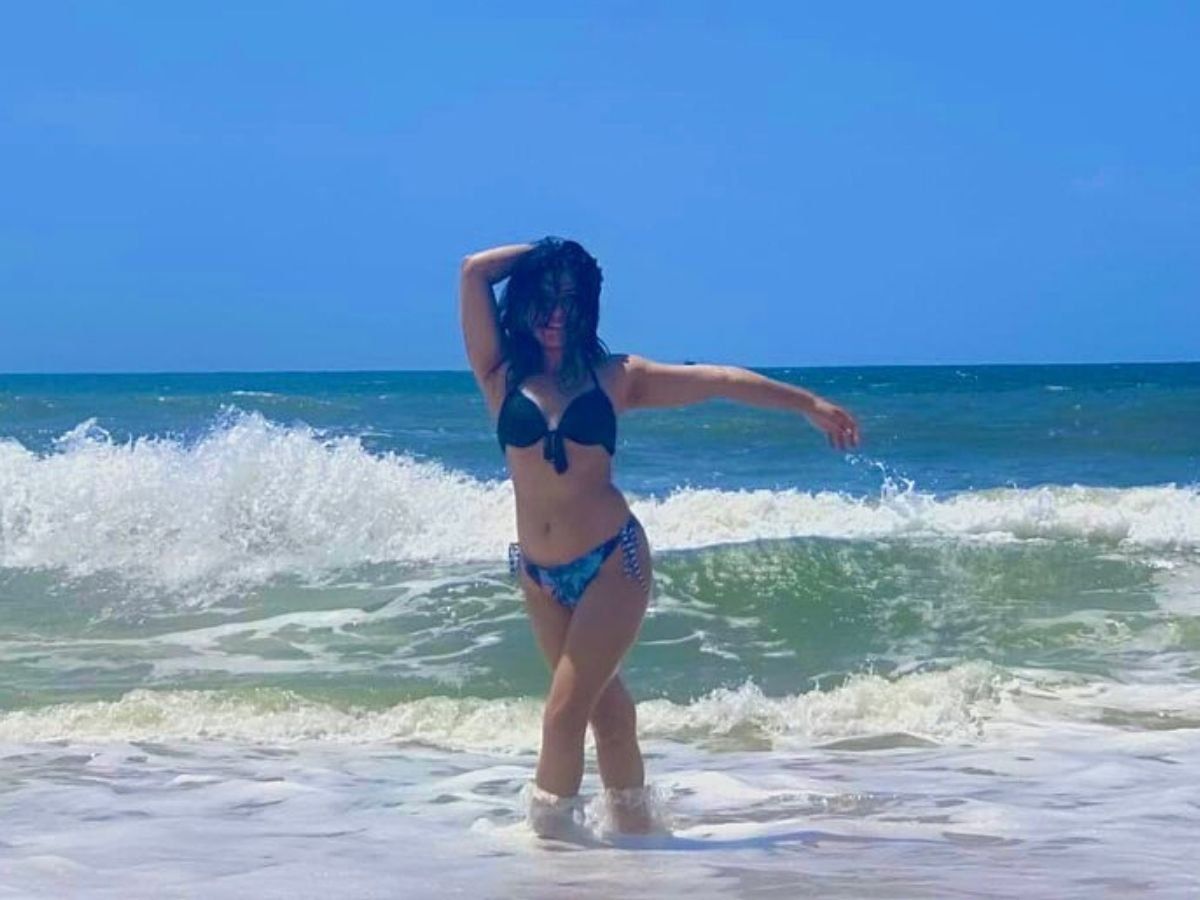 Nidhi set’s the internet on fire, she is spotted in a sizzling hot blue deep neck dress. She is also seen sing and dance in her videos.

Nidhi started her acting career as a child artist. She quit ‘TMKOC’ in 2019 to pursue higher studies. Since then the role is being played by actor Palak Sidhwani. Prior to Nidhi, Sonu’s character was carried by Jheel Mehta.

Taarak Mehta Ka Ooltah Chashmah’ fame Nidhi Bhanushali aka Sonu Atmaram Bhide is a popular star on social media despite quitting the show in 2019. Nidhi still shares a never-ending bond with her fans in the short time she appeared in the hit sitcom and currently enjoys a massive social media following.

The former ‘TMKOC’ diva, who has taken a temporary break from acting, manages to cast a spell on her fans with every photo and video of her. Her fans wait for her new updates and pics.

For the unversed, Nidhi is an adventure lover and is living her dream life exploring the wild and the unknown, one day at a time. She often shares photos and videos on her Instagram from her adventurous life, sometimes flaunting her curves in a bikini, on other occasions showing off her yoga skills underwater.

As the video goes forward Nidhi Bhanushali is then seen singing and showing off some moves underwater in a bikini as she is joined by a friend. She then glides sensuously and swims in the water.

Earlier, Nidhi had shared a video on her Instagram handle looking stunning as she took a dip in the pool. In the video, Nidhi calmed herself with a yoga asana and then enjoyed herself as she sensuously glided her way through the crystal clear waters. Dressed in a black top and red bottom, Nidhi amazed her fans with her underwater skills and left them asking for more by ending the video by flaunting her flawless self with a twirl.

Nidhi recently also set the internet ablaze with her photo striking a pose for the camera while wearing a blue coloured deep neck dress. To give finishing to the look, she parted her hair on one side of her face and flaunted funky jewellery on her forehead and ankle. She also showed off her dreads and trademark nosering as she sat gracefully striking a pose for the camera. While sharing the photo she captioned the post, “La Vie Bohème.”