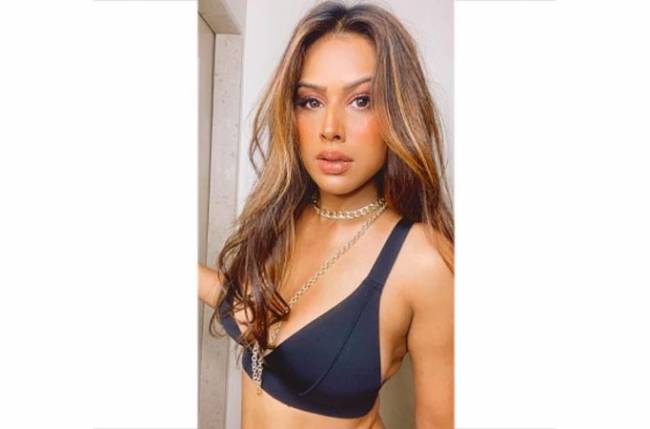 Television actress Nia Sharma has shared a sizzling picture on social media and labelled herself just a modern brown girl with goals.

Nia posted a picture on Instagram where she is seen wearing a black bralette with a plunging neckline. She completed her look with dewy make-up and a chunky gold layered chain.

“Just a modern brown girl with goals!” she wrote as the caption.

Nia would be seen in season two of her upcoming web-series “Jamai 2.0”.

Directed by Aarambhh M. Singh, the second season would put relationships to a test with romance taking centrestage.