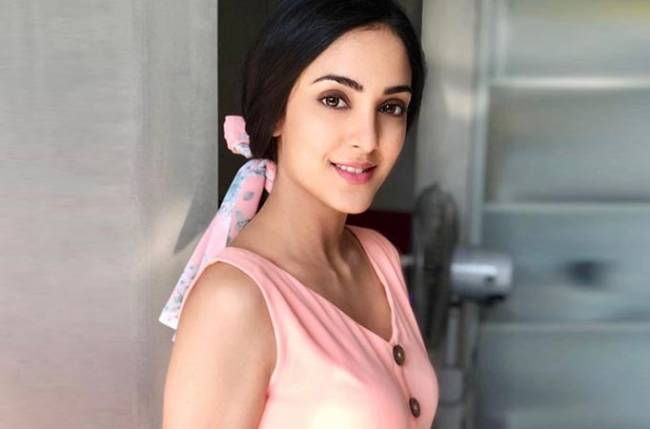 Actress Kanikka Kapur has made her small screen debut in “Ek Duje Ke Vaaste 2”. She says make-up or no make-up, it’s a role with a purpose that matters to her.

The former beauty queen, who hails from Delhi, first got a taste of acting in the 2015 Telugu film “Tippu”.

“I always wanted to act. My goal is to make a difference in some way, to touch someone’s life and do something substantial,” the “Sifar” actress said.

“The roles that I want to take up have to have a meaning otherwise there is no point of doing anything in life with no meaning,” she added.

Many have pointed out that actresses on Hindi TV shows often wear loud make-up and are decked up in heavy traditional outfits. Kanikka, who is currently seen as a student in “Ek Duje Ke Vaaste 2”, is yet to experience that on the small screen. She shared that if she is offered to play an Indian wear-clad character, complete with heavy jewellery and all, she is “completely fine” with it.

“I am fond of jhumkas… the Indian look but I don’t care about the look. I don’t care if I have too much make-up or no make-up. All I care about is how strong the character is,” said Kanikka.

Her aim is to take up shows with social messages. “I feel like I have a purpose if I do something with a cause. It’s good to be helping people in whatever way we can,” she said.

Which means, she is uncomfortable in the supernatural space. “That (playing a ‘naagin’ type of a role) is just not me. If I can’t connect with something, I feel like I am not being true to myself and I just step away,” she said.

Talking about her first TV show “Ek Duje Ke Vaaste 2”, Kanikka said: “I had auditioned for a different TV project but that didn’t work out for me. Luckily the channel (Sony Entertainment Television) people saw my audition from that.”

“It was for a different channel and it was a long commitment.”

Later, she landed in Mumbai and gave another round of audition. She feels lucky to have bagged this show, which is essentially a love story with Indian Army backdrop.

“It’s a different concept. The whole shooting is outdoor, so everyday is a new day. It is a finite show. There is an end to it. It’s a perfect show,” she said.

For her role, she didn’t take any references. “I didn’t even watch the first season of ‘Ek Duje Ke Vaaste’. We are doing everything naturally,” she said.