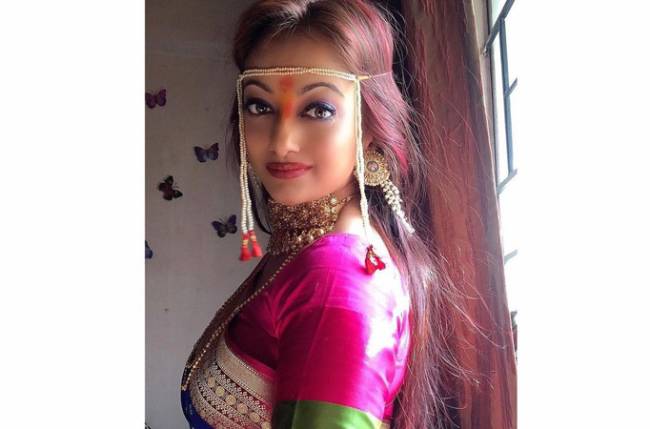 Mansi Naik has joined the list of celebrities in the film industry to get hitched in the times of the ongoing pandemic. The actor is a popular face in the Marathi film industry and is active on social media as well. She had been posting about her nuptials for a long time.

Recently, she took to her Insta handle to share several pictures and videos from her wedding with husband Pardeep Kharera. Mansi posted several photos from her pre-wedding ceremonies since a few days and she finally has gotten to the big day. She posted a few videos of her and her husband after the ceremony took place.

While several photos and videos were posted after her wedding ceremony, there was none posted from the time when the ceremony was taking place.

Prior to her marriage, the actor also shared several pictures from the time her ceremonies were about to begin. Her several posts in the past few days show her happily posing for pictures. She also posted a picture which showed her in a traditional Maharashtrian ‘avatar’ as the actor prepared to get married.

The couple had been dating for a long time, which is evident in some of her old posts on Instagram which also feature Pardeep.

While Mansi has been out of action for a while, she is recognised widely by Marathi audiences owing to her roles in quite a few films. Some of her acting performances can be seen in Jabardast, Tukya Tukvila Nagya Nachvila, Kutumb, Target and more. She was last seen in the film Ekta Ek Power, which released a few years ago (in 2014).

She had also appeared in a couple of Marathi television shows including Char Divas Sasuche, Chala Hawa Yeu dya.