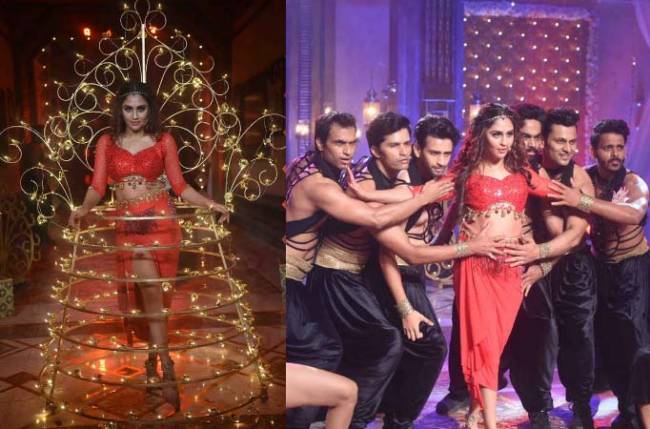 It’s that time of the year when everyone rejoices with the arrival of the festival of lights. While the pandemic might have posed its own challenges for all of us this year, Diwali brings with it a ray of hope. To delight its viewers, Zee TV has a special Diwali surprise in store for audiences with a three-hour special episode of Kumkum Bhagya, Jashn Milan Ka, on 14th November 2020 at 12 pm and 8 pm. Fans of the show have been waiting with bated breath for Pragya to return to Abhi’s house in Kumkum Bhagya. With the festival marking a new beginning for the audience’s favourite on-screen jodi, viewers will get to witness Pragya receiving a bahu-like welcome from Dadi, followed by Abhi Pragya performing the Diwali rituals together with hope in their hearts. The fun and entertainment quotient of the show will double up as Abhi calls for a Diwali celebration at his house and joining him will be all the popular Zee TV faces like Karan – Preeta (Dheeraj Dhoopar and Shraddha Arya), Ranbir – Prachi (Krishna Kaul and Mugdha Chapekar), Agastya – Chhoti Guddan – (Savi Thakur and Kanika Mann) and Rishabh – Shrishti (Manit Joura and Anjum Fakih) along with television stars like Krystle D’Souza, Surbhi Jyoti, Avinash Mishra, Vrushika Mehta and Deepika Singh.

During the shoot of Jashn Milan Ka, Krystle D’Souza turned up the heat at Abhi’s house with a sensuous act on Bollywood songs like Do You Love Me, Garmi, Ek Toh Kum Zindagani and KGF’s Gali Gali. While her moves made everyone want to groove, it was some crazy lifts and jumps that really took everyone’s breath away. In fact, Krystle was afraid of doing lifts and jumps during her act, but the actress overcame one of her biggest fears for Abhi – Pragya’s Jashn Milan Ka celebrations.

As Krystle D’Souza revealed, “My Jashn Milan Ka act was really exciting, and it had a lot of fun songs, so I was really kicked to shoot it. However, I was very scared of the lifts during dance performances and I was skeptical of doing them. But the dancers and choreographers were very supportive and they motivated me a lot prior to the act. I guess that helped me overcome my fear of doing the lifts. I guess I won’t be worried about doing lifts during my performances anymore. ”

Talking about the safety measures during the shoot, the actress further added, “Balaji Telefilms and Zee TV deserve a pat on their backs as they have pulled off a great show during the pandemic. Anyone would be worried about shooting during such a difficult time, but they made us feel safe and secure. Everyone was wearing masks, keeping distance and everything was being sanitised. I think they took extra precautions for the Jashn Milan Ka shoot and it went so smoothly that I am really very happy and excited for my fans to see my act.”

Viewers can look forward to a night full of love, romance and entertainment this 14th November. In fact, this special Kumkum Bhagya episode – Jashn Milan Ka, has a lot of surprises in store for its viewers, especially the Laxmi Puja performance by Deepika Singh, the classical act by Surbhi Jyoti as well as Abhi – Pragya and Karan – Preeta’s romantic acts.

To watch all these dreamy performances and all the drama, tune into the Diwali Special episode of Kumkum Bhagya, Jashn Milan Ka, on Saturday, 14th November 2020 at 12 pm and 8 pm, only on Zee TV.