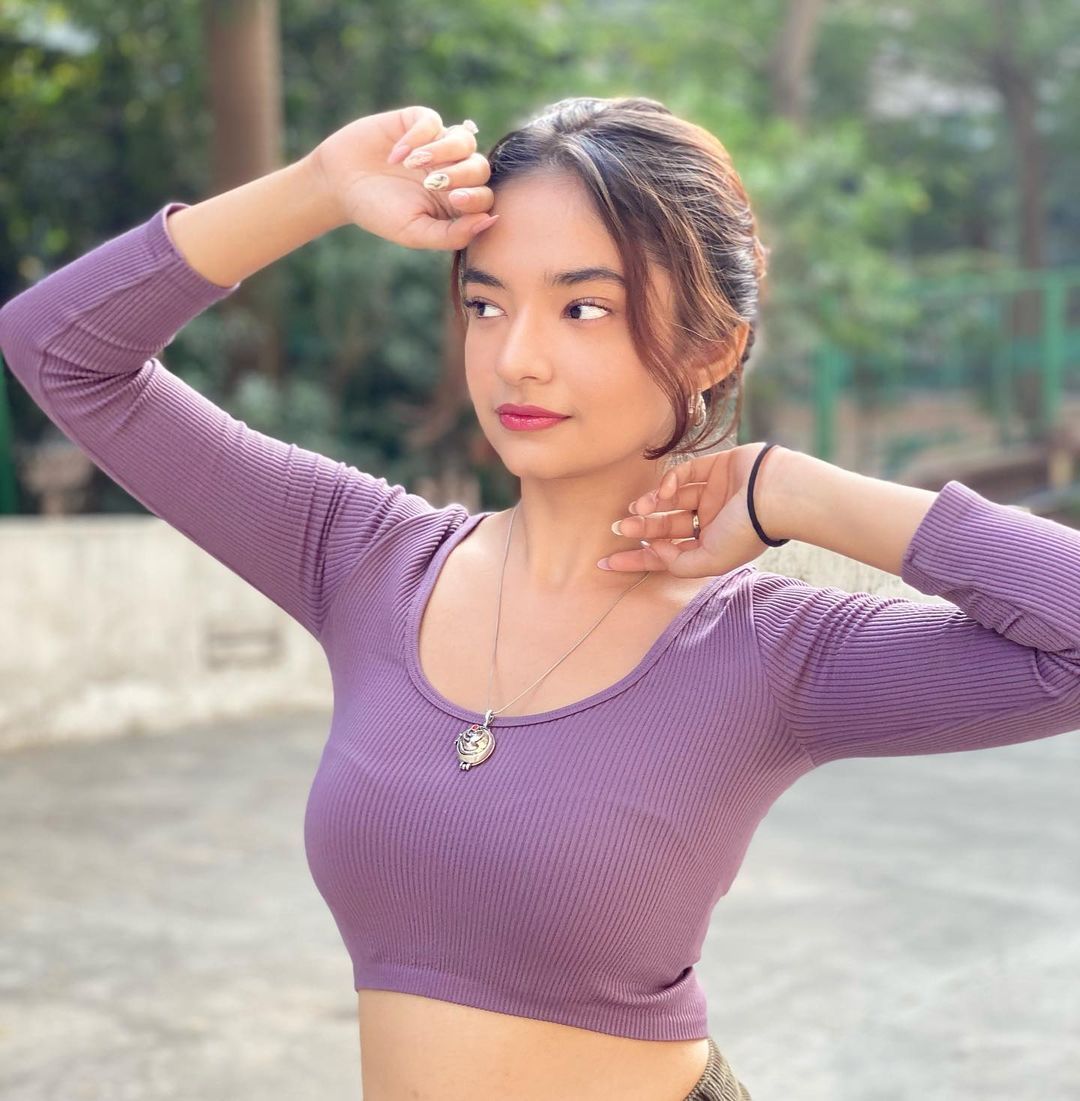 Anushka Sen, who is one of the youngest contestants on stunt-based reality show KKK11, shared her adventurous experience of the show with a leading daily. She spoke about how it was a huge step for her to take up the show at such a young age and eventually being happy about her decision.

The actress further talked about her bond with co-contestants Vishal Aditya Singh and Varun Sood, who she considers as her older brothers. Anushka shared that the two are very protective of her and doesn’t want her to have a boyfriend before she turns 21.

“I have had an amazing experience on Khatron Ke Khiladi 11 and many of my friends who have done this show earlier, they all told me that winning and losing is secondary, the experience on the show matters the most. It is a life-changing experience. I had always heard this and when I actually experienced it, I could relate to them. I have made so many memories. Be it making new friends or the stunts I have performed on the show, all the memories are beautiful. The stunts make you realise how strong mentally and physically you are and you start rediscovering yourself. It is a once in a lifetime experience.”, she said.

When asked about her first reaction while she was offered the show, Anushka said, “There were two thoughts going on in my mind at the time when I was offered the show. First, wow I am offered a show which is my favourite, I’ve always said this in my previous interviews that Bigg Boss and KKK are the two shows which I want to do in my career, but I didn’t know when I would do them. The show just happened to me. I remember discussing with my parents that everyone is so senior and experienced and I am just 18 and what if it turns out to be a disadvantage for me? I kept thinking about it and also I didn’t want to disappoint myself. There are a lot of expectations from me. At the end, I just thought that if I do the show at this age at 18, it will become more special for me. I feel I made the right decision.”

She further added, “Whatever I have done on the show, I literally never thought I could ever do. On the first day itself, I told everyone that I am not competing with you guys and my competition is with myself. The show teaches a lot about yourself, like mentally how strong you are. Now that I am growing up, I will come across many good and bad times, so this show will help me to be mentally strong. Now because of KKK11, I will be able to deal with some of the toughest situations in life in a better way.”.

Talking about her bond with Vishal Aditya Singh and Varun Sood, the actress said, “Vishal Bhaiya (Vishal Aditya Singh) and Varun Bhaiya (Varun Sood) are my elder brothers who I have got from this show. They are very protective about me and at the same time we have a lot of fun together and they also pull my leg a lot. They genuinely care for me and as I am young they want me to be safe. They guide me about life, how it is full of ups and downs. They are always making sure that whatever happens, they are with me. I don’t think it is easy to make such thick bonds in such a short span of time but we have become quite close. They are very real and transparent and I really like that about them.”

During the chat, Anushka revealed how Vishal and Varun are very protective about her and especially Vishal doesn’t want her to have a boyfriend before she turns 21, “This is to all the people who are asking me if I am in a relationship, please talk to Mr Vishal Aditya Singh. He keeps telling me Anushka, no boyfriends before you turn 21. Even during the launch press conference, he was just passing by and he whispered again the same thing. He has this serious face while he is saying this, “Anushka koi boyfriend nahi Haan 21 se pehle”. On the other hand, Varun Bhaiya will first agree with Vishal Bhaiya but then he tells me softly that it’s ok if I find someone good. Then they both fight and debate over it. I find this bond very beautiful. I love being a single child but I always felt that if I ever had a chance of having a sibling, I would have always loved to have a big brother. I am so lucky I have got two brothers because of KKK11. We three would walk on the sets hand in hand and nobody would dare to cross my path. They are very caring and I really adore them.”, she concluded.