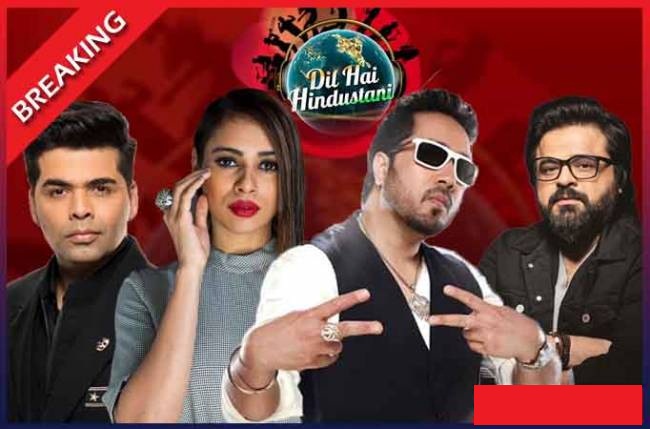 Popular singing reality show Dil Hai Hindustani, which debuted on television in 2016, is all set to comeback with the second season. The inaugural year had big names like Karan Johar, Badshah, Shekhar Ravjiani and Shalmali Kholgade on the judging panel and now some major changes are around the corner.

loan trading has got some exclusive scoop about the upcoming season of the weekly, helmed by Frames Productions of Ranjeet Thakur and Hemant Ruprell. The judging panel will see major shuffling, with Karan Johar and Shalmali Kholgade making their way out of the music series. According to our sources, Karan and the makers made a mutual decision for an exit. “Since he is already doing Star Plus’ reality show – India’s Next Superstar, it would be repetitive if he judges another program on the same GEC,” a little birdie claimed. Moreover, the reason behind Shalmali’s exit is still unknown.

Popular rapper Badshah, who made his TV debut with the weekly musical, is retained and will continue his role of a judge. Apparently, the makers think that he is one of the USPs of the show. On the other hand, musician Shekhar Ravjiani’s presence is dicey in season two.

While Karan and Shalmali are out, the makers are already hunting for big names to step in their respective shoes. A reliable insider revealed to us that the makers and the channel are in talks with many personalities to come on board as judges. The first name that the makers are highly keen on to bring on board is music director Pritam. The composer was last seen on TV as a mentor and judge in Sa Re Ga Ma Pa 2016. The 46-years-old-musical maestro has given Bollywood numerous chart-busters and is currently at the top of his game.

Apart from Pritam, talks are on with Mika Singh who is known to be a firecracker for a TV show. The singer and performer has judged many hit reality shows in the past. The makers want to cash on Mika and Badshah’s crackling camaraderie and that is one of the reasons his chances are at peak.

With respect to our information, Mika and Pritam both haven’t signed the papers yet, but the odds are positive and favoring the duo.

Are you excited to see Pritam and Mika in the next season of Star Plus’ Dil Hai Hindustani? Share your thoughts with us and the article with your friends.