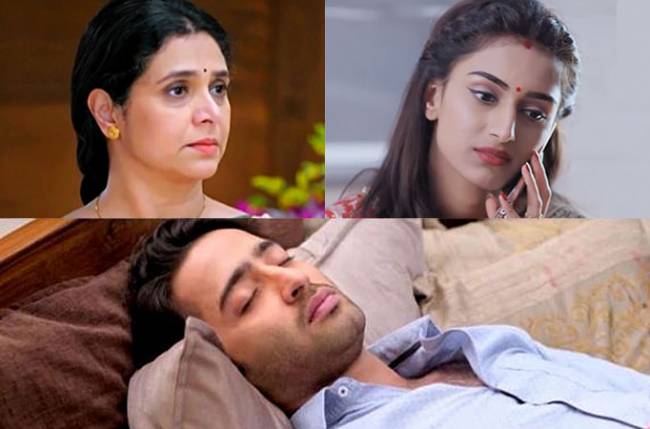 It’s happiness abundance in everyone’s heart with Sonakshi (Erica Fernandes) and Ishwari (Supriya Pilgaonkar) bonding well in Sony Entertainment Television’s popular show Kuch Rang Pyar Ke Aise Bhi (Beyond Dreams). However, the bliss period will be short lived.
Gear up to witness some dhamakedaar twist in the upcoming episode.
Loyal viewers of the drama have seen the family celebrating Dev’s (Shaheer Sheikh) birthday and Sonakshi preparing a special green tea ice-cream for Dev.
In the coming episodes, Sonakshi will act bold and serve the special treat to Dev, inspite of Ishwari warning her against it in order to save Dev from catching cold.
“Dev will relish the ice-cream. However, the very next moment he will be burning with fever. Sonakshi being a doctor will make Dev bathe in cold water. He will be left jaw tremoring,” adds a source.
Ishwari will learn about Dev’s illness and panic. The lady will accuse Sonakshi for not being able to take care of Dev properly.
They will also think Sonakshi has given the wrong medication by making him bathe with cold water. Ishwari will further refuse to leave their room until Dev’s recovery.
Ishwari will think due to Sonakshi’s foolishness, Dev’s condition has worsened.
Will this create a major tiff between Ishwari and Sonakshi? How will the poor guy solve the differences?
Unfortunately, we couldn’t reach Erica for comment.