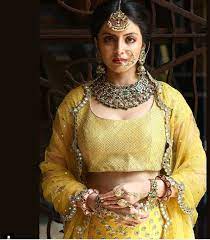 By working hard, Shrenu Parikh has earned name and fame. She is one of the most popular actresses in telly town.

After wooing TV audience, the lady is expanding her horizons and has delved into the digital world.

Shrenu has left everyone stunned with her recent photoshoots and is on a career-high with the kind of trajectory she’s had. Recently, in an interview with a leading portal, the actress spoke about a lot of things including her marriage plans. On being asked if she has that someone special in her life and has plans of getting married anytime soon, Shrenu said, “This is not something that I am looking at right now.”

Shrenu, however, added that she is just like any other girl with plans of settling down. She said, “My career is on top priority but I do have a basic girl’s dream, I do want to settle down but that perfect someone is still missing. So, yes, of course, marriage is on the cards but when I don’t know.” Further, she was asked about the fame she earned through television and how TV artists are perceived, she said, “I feel that there will always be a demarcation in mediums be it films, TV or OTT but lines are vanishing slowly, they are fazing out.”

She added, “In fact, I will always vouch for TV actors more – we are much more resilient than other actors because we work straight for 12 hours, are tired but still, we have the energy to remember our lines and to dance and cry, laugh on the same day at the same time. We play so many characters within our show itself. There are tracks where you play someone else.”