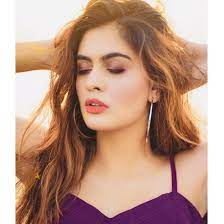 There is breaking news from the television industry.

Since the lockdown has been partially lifted and TV shows have resumed shooting in Mumbai, a lot of shows which were in pipeline have finally gotten a green signal from the channels.

Shoonya Square Pvt Ltd is rigorously working on an upcoming project for Dangal TV. A little birdie has informed us that the show will be based on two sisters.

Shoonya Square has ongoing shows on television like Apna Time Bhi Aayega. Their shows like Guddan Tumse Na Ho Paayega and Amma Ke Babu Ki Baby did manage to strike a chord with the viewers and was loved by the fans.

Reports mention that actress Pyumori Mehta has been finalised for a pivotal role in the show while actors Leenesh Matto and Arjit Taneja are in contemplation to play the lead role in the show.

Actress Vaibhavi Kapoor who was seen in Star Plus show Yeh Jaadu Hai Jinn Ka as Sara has been roped in to play one of the leads in the show.

Actress Tanisha Mehta who has been a part of Yeh Hai Aashiqui among other projects has a brighter chance to be finalized for the character of the other sister in the show.

While the details of the project have been kept under wraps, we are trying to dig in more.