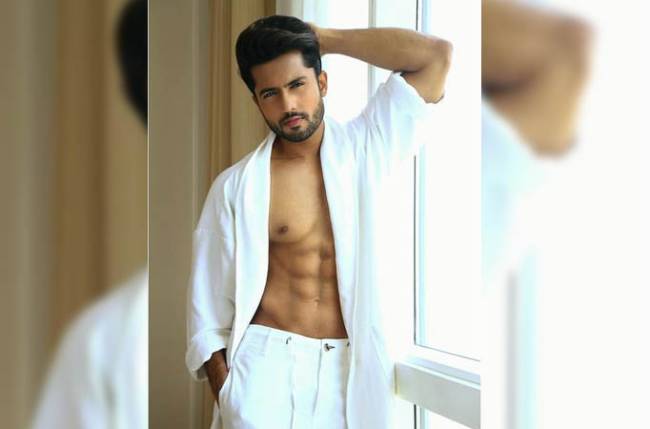 MUMBAI: Handsome actor Rehaan Roy is excited for his upcoming daily, tentatively titled Guddan,on Zee TV. The show will see Rehaan as the negative lead. The Thapkiactor comes across as a man of etiquette and sophistication, and although he has played negative characters before, he doesn’t quite fit the typical archetype of a villain.

Talking about the character, he says, ‘I’m playing the negative lead in the show. The character is a Casanova who laces everyone with his charms and looks.’

He is quite clear, though, that he doesn’t want to be stereotyped. ‘I’m always on a hunt to do different roles. Though I have done a negative role in the past in Thapki, this character is drastically opposite.’

Rehaan adds that after a long time, he is going to be a part of a daily since its inception. ‘Every show is very important. However, this one is special. A negative lead is as important as the positive lead. Since I’m the solo negative lead, there’s responsibility on my shoulders. Also, after a long time, I have been a part of a show since its inception. So I can call it “my show”.’

Male negative leads on TV haven’t been as iconic as the vamps. With Kasautii Zindagii Kay’s reboot on the way, the excitement about Komolika’s return has taken over audiences. However, Rehaan doesn’t wish to replicate her.

‘I don’t believe in following someone’s path. If that would have been the case, I would have only done positive characters in my career. I like creating my own path. I would like to start my own trend – to make male villains iconic. Hopefully, this character becomes as iconic as Komolika.’

Rehaan says, ‘Komolika is one character that I have liked since childhood. Urvashiji has done a fab job. In fact, I met her for the first time at a loan trading party and I told her that she was my first crush as a kid. Keeping that aside, there’s no point in the comparison between her work and mine.’

Rehaan is highly positive about the new show and character. ‘It’s something different from typical shows,’ he concludes.