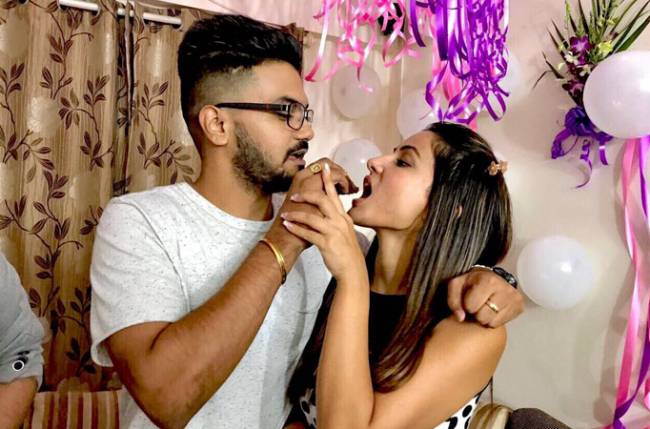 MUMBAI: Hina Khan is one of the big names in television. She rose to fame with her character of Akshara in Yeh Rishta Kya Kehlata Hai and became a household name. She also took part in many reality shows like Bigg Boss 11 and Khatron Ke Khiladi. In both the shows, she emerged as the first runner-up.

She is currently grabbing the headlines as Komolika in the serial Kasautii Zindagii Kay and has been applauded for her performance by the audience. Recently, there were speculations about Hina quitting the show. However, the actress has cleared the air and said that she is going on a break and not quitting the show.

It is common knowledge that Hina is in a steady relationship with Rocky Jaiswal. The actress keeps posting photos and videos with him. Yesterday was Valentine’s Day as well as Rocky’s birthday. The doting boyfriend that he is, he baked a romantic cake for her.

Hina was not far behind in her efforts. She decorated the entire place with hearts and organized many cakes for her special one.

Rocky thanked her for being a part of his life and for her love.

Don’t they make for an adorable couple? 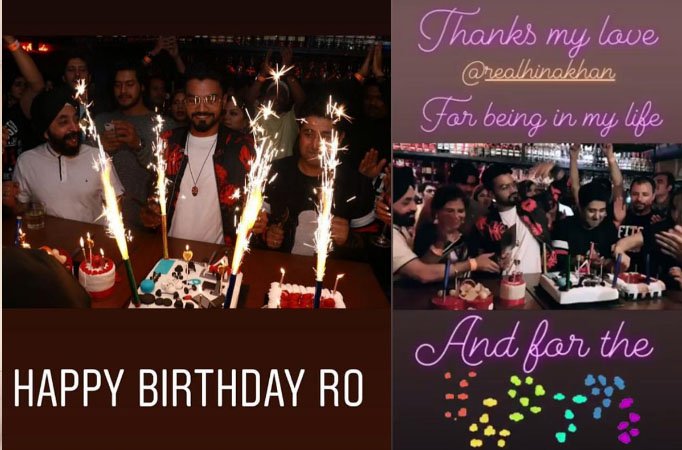 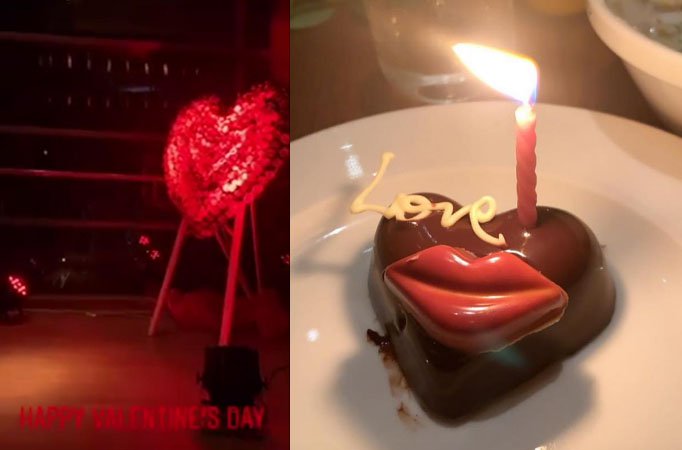