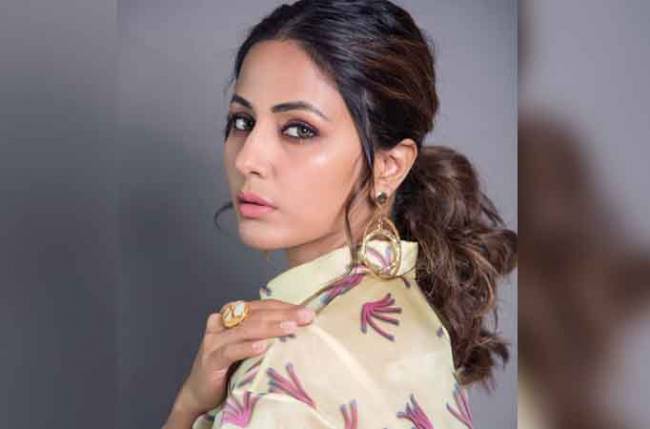 MUMBAI: Hina Khan is one of the most popular and stylish television actresses. She mesmerised the audience with her positive role of Akshara in Yeh Rishta Kya Kehlata Hai. She later played the iconic vamp Komolika in Kasautii Zindagii Kay 2. Even though she played a negative role, fans continued to shower love on her. Her fans loved how she portrayed the role of Komolika.

That is why when the actress bid farewell to the show to fulfil her prior film commitments, fans were disheartened. However, during the time of her exit from the show, Hina left the media baffled when she revealed that it is still undecided whether she would go on a break or quit the show completely. And it seems that is why the makers showed Hina’s exit from the show in a somewhat mysterious manner. Loyal audience of the show know when Komolika (Hina Khan) fails to kill Prerna, she tries to kill both Anurag and Prerna but trips and falls off instead. Anurag tries to save her but when she gets to know that he does not love her, she bites his hand and falls into the waters. However, later on, the divers are unsuccessful in finding her body. Considering this scene, there is a chance of Komolika coming back to the show.

To make her fans all the more curious, she recently shared a story on her Instagram handle. Guess what she wrote? Well, she wrote, “Picture Abhi Baki Hai Mere Dost.” The picture which the actress shared happens to be a snapshot from one of the scenes of the show Kasautii Zindagii Kay 2 where she can be seen along with co-actors Parth Samthaan and Erica Fernandes. So, what’s the story ahead? Well, only time will tell whether or not she is returning to the show to reprise the popular character.