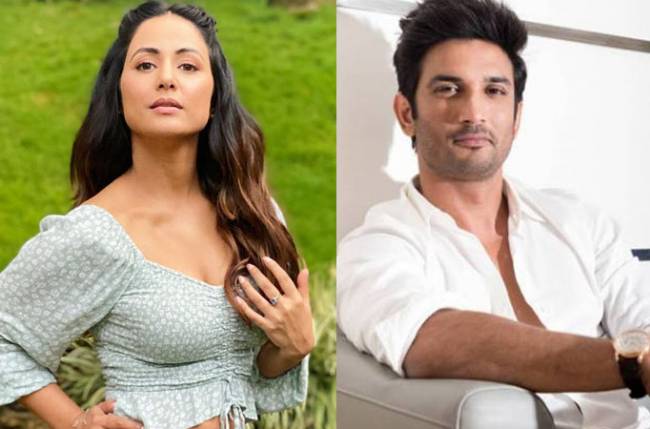 Hina Khan is someone who speaks her mind and never minces her words. As the whole country is focussed on the developments of Sushant Singh Rajput’s death case, many have been sharing their opinions on the same through social media. Recently, Hina who has been supporting the #JusticeForSSR campaign spoke about how media organizations covering the late actor’s case need to have a balanced view and not jump to conclusions. She opined about the biased media trials against Rhea Chakraborty, and how the accusations against the actress can damage her career forever.

However, with her views on the prime accused of Sushant’s case, Rhea, Hina came under the scanner of trolls, who targeted her for her opinion. Giving a befitting reply to everyone, and clarifying her stance, Hina said that she does not judge before a judgment is passed by the law, and believes in the system of justice in the country. Rocky Jaiswal, Hina’s beau, also came out in her support and urged people to not troll and hate anyone for their views.

Lending support to Hina, Rocky tweeted, ‘While we want fairness and justice for someone who deserved it and was probably denied. If we hate others without even reading and understanding their side, how are we different? We shouldn’t be swayed by hate but support each other.’

Now, with so much trolling and bashing, one of Hina Khan’s fans tweeted to her and requested her to refrain from commenting on Sushant Singh Rajput’s case. The fan wrote, ‘We know your intentions really well. But still, refrain yourself from commenting on this matter. We know you don’t give a damn to these trollers and bots, but your fans get affected when people unnecessarily target you.’

Responding to the fan’s request to not speak up, the actress said that she will always have her ‘own opinions’, and will stand by the truth. Hina replied, ‘I always stand by the truth and want my fans to stand with me for the truth, together! If we believe each other we shall never fear these trolls or bots. I had, have, and will always have my point of view. Without fear. Because truth gives you that power! Jai Hind.’