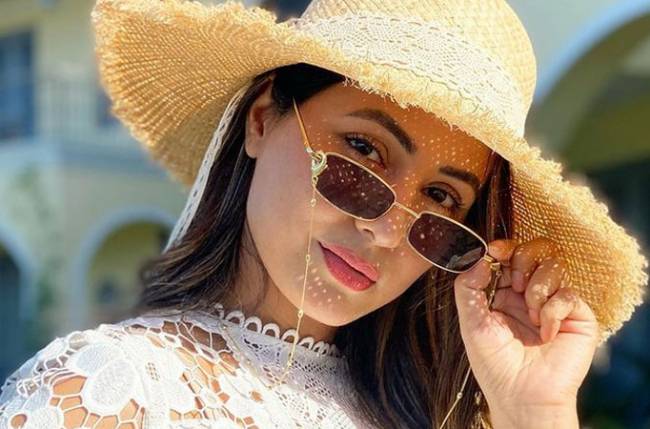 Hina Khan is a force to reckon with as far as TV actors are concerned.

She has managed to work in all mediums and continues to shine. The actress’ latest music video, Patthar Wargi, with Tanmay Ssingh narrates the tale of two people in love. Hina spoke to a media portal recently. Read on for excerpts.

Ask her about how her song is relatively long for a music video and she says, ”I don’t know why all my songs are long only, Ranjhanaa was also long. You picture a song in a certain way, and all songs have been performance-based so when you have to perform and tell a story, you have to show an elaborated version because you can’t just dance and make 10 dress changes and it is done. With me, it has always been a criteria, it is a story-based song and it is longer than usual because you have to portray it right and people have to understand the story as well.”

About upcoming projects, Hina says, ”I have my next music video with Shaheer, I have two more music videos which I have to shoot whenever I can, they are locked already and beautiful songs. Other than that, there were two films I was supposed to start shooting, but that is also not going to happen, unfortunately. I am looking forward to perform and work in a big OTT project, a very nice project. Unfortunately, you may have even received it, but things are such and times are such that even if someone is to approach you, it takes time because that somebody also knows he/she can’t shoot for the next couple of months. But yes, I am looking forward to shoot a good digital show.”