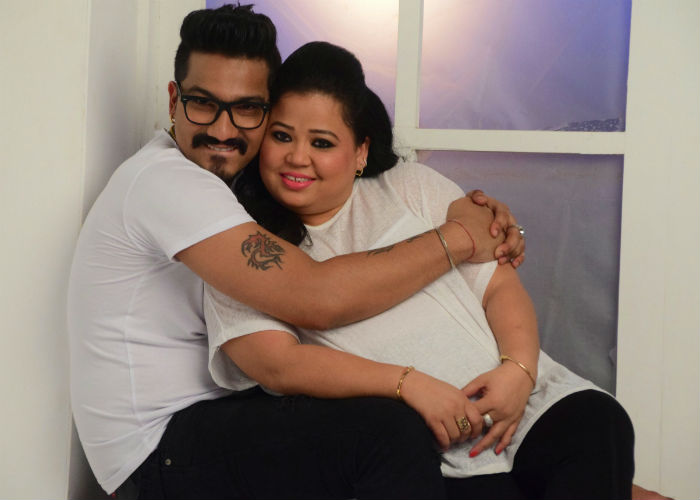 MUMBAI: Here we are with the hottest news of the telly world to spice up your day. Take a look!

Rumours of link-ups between actors are always doing the rounds. This time though, it is between two stars who play mother and son on screen! Harshad Arora and Aparna Kumar seem to be more than just good friends.

The actors share the same vanity van, wait for the other to complete their respective shoots, and even come to and leave the sets together. However, the actors have denied this news saying that they are just close friends and nothing is cooking between them.

Social media plays an important role in most of our lives, and several people are greatly influenced by it. Actress Ridhi Dogra gives us some sound advice on this through her Instagram post.

Actress Poulomi Das, who was seen in Suhani Si Ek Ladki, will make her way into the Sony TV’s Dil Hi Toh Hai. Her entry will create ripples in the new friendship between Rithwik (Karan Kundra) and Palak (Yogita Bihani).

As per reports, Poulomi will play the role of Ananya. Her character will be positive, and her entry will create a love triangle.

Hetal Puniwala, who was last seen in &TV’s Meri Hanikarak Biwi, will be a part of Colors upcoming show E-Love.

The lead role will be essayed by Shivin Narang, and Hetal will play his chacha. The character will be that of an optimistic individual and loving husband.

Actors Worship Khanna and Rumman Ahmed have been jamming together for quite some time on the musical front. The two of them, who have been co-actors for Zee TV’s Sethji, share a great bond. They will feature together in music video Takda Rehnda Hoon.

Star Bharat’s Chandrashekar airs in the 10 PM slot. According to media reports, the show will go off air soon. The final episode will air on 14 July, and Savdhaan India, one of India’s foremost crime shows, will replace it.

Television actress Ekta Kaul, who was last seen in Star Plus’ Mere Angne Mein, is on a break from acting and is spending quality time with beau Sumeet Vyas.

Television couple Juhi Parmar and Sachin Shroff, who were married for 8 years, have finally been granted a divorce by the Family Court in Bandra, Mumbai. Both actors were cordial with each other during the court proceedings and the divorce was amicable.

We wish the two stars good luck for their future.

Could anything beat the birthday present given by hubby Harsh Limbachiyaa to laughter queen Bharti Singh?

Harsh got Bharti’s name tattooed on his chest! The Lalli of TV celebrated her birthday on July 3 in a low-key affair.

Harsh told a leading media portal that the process of getting a tattoo was painful, but love makes it worth it.

Vivek Dahiya–Karishma Tanna starrer Qayamat Ki Raat had an amazing debut and received excellent TRP ratings. It is an unconventional show and has garnered much appreciation.

Divyanka Tripathi expressed her happiness through her Twitter account. She is quite proud of husband Vivek’s work.

&TV’s Laal Ishq revolves around a series of love stories with a supernatural twist. Television actors Ankitta Sharma and Mishkat Varma have come together for an episode of the show.

Ankitta said that she enjoyed shooting for the episode with such talented people.

Television actress Pooja Gor is in Prague to celebrate the 115th Anniversary of Harley Davidson. Pooja she said that she will be attending several rallies and bike shows there.

The actress simply loves riding bikes and is very excited about the forthcoming events. She has already started sharing live feeds with her fans.

Vivek Dahiya surprised his co-actor Daljit Kaur with a sweet gift. The two of them are seen goofing around on the sets of the show frequently.