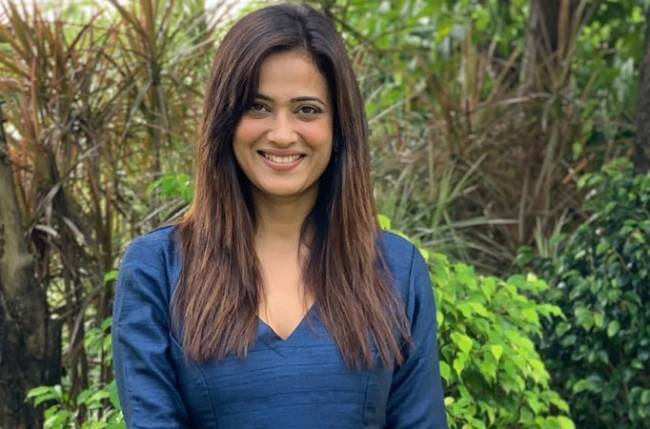 Sony Entertainment Television’s Mere Dad Ki Dulhan has gained immense popularity ever since its inception. The show is loved for the adorable father-daughter equation of Niya (Anjali Tatrari), and Amber Sharma (Varun Badola), and the romance between Amber and Guneet (Shweta Tiwari). The actors have left no stone unturned in impressing the audience with their performances. The show highlights the thought that age is no barrier in finding true love, and that children can play matchmakers in helping find their single parents their true companion at a later stage in life.

As Niya played cupid and helped her dad Amber, find his ladylove Guneet and their love story culminated into marriage.

The couple is extremely happy that they found one another. However, marriage is not restricted to just two people accepting each other, but also two families becoming one.

Shweta says, “Amber and Niya have set major father-daughter goals and have been encouraging each other in the matters related to the heart. Niya stepped forward despite all odds for her father’s happiness as she feels that everyone needs a partner and wants to see him happy and settled in life.”

Adding further to this, she added, “When a person marries someone, they don’t just marry them, they marry their entire family. Their partner’s family becomes their family, too. So, my character in the show – Guneet just not married Amber but also his family. She is not just responsible for Amber’s happiness but also ensures that Niya is her own daughter. It’s nice that both Guneet and Niya share a sweet relationship and have beautifully welcomed each other in their lives. So, she also makes sure to pamper Niya just the way Amber does and vows to always protect her from all difficulties just like any parent would. It’s great to play such a strong and amazing woman on screen.”

Watch Amber and Guneet’s wedding in Mere Dad Ki Dulhan, Monday to Thursday at 10:30 PM only on Sony Entertainment Television