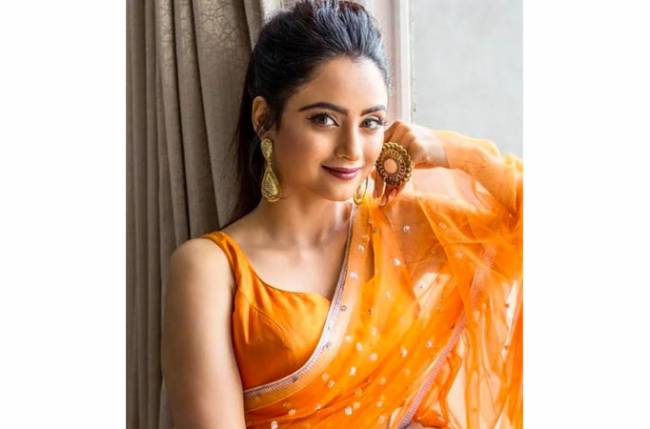 Actress Madirakshi Mundle recently made her entry in Sony Entertainment Television’s Vighnaharta Ganesh in the role of Mata Parvati. The actress is a known face in TV industry and is highly adored for the perfection she brings in her acts. The actress leaves no stone unturned to make her act seamless and for her role as Parvati, Madirakshi has developed a habit of reading Ganesh Puran.

Ganesh Puran is Madirakshi’s go to book whenever she faces any confusion regarding her role or the script. “I have always been fond of reading religious texts and alot about Indian mythology. I have read the book before and had loved it. When I started shooting for Vighnaharta Ganesh, I felt that Ganesh Puran can help me understand the script better and help me give my best while doing the scenes. I have always believed that a deep understanding of the subject instils confidence and that confidence makes you look best on the screen.”

Currently in the show, viewers can witness the track on Ganesha’s Ashtavinayak temples and its pilgrimage by Vishnu and Lakshmi.

Watch actress Madirakshi Mundle in the role of Parvati in Vighnaharta Ganesh on SET, every Monday to Friday 7:45 PM