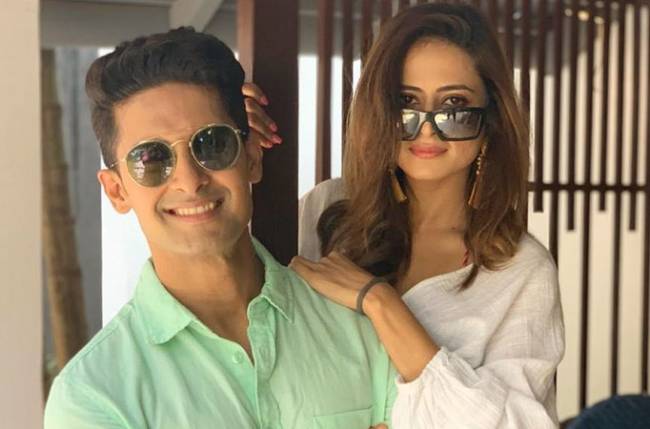 Ravi and Sargun are one of the most loved television couples. They make an adorable couple and set major relationship goals for all their fans.

The duo met on the sets of their television serial 12/24 Karol Bagh, where sparks flew and they began to date. They got married in the year 2015.

The couple also participated in the reality show Nach Baliye Season 5 where they emerged as the first runners-up.

They have a massive fan following, and their fans shower a lot of love on them.

Now, we came across a video where Sargun reveals that she is worried about Ravi and Rithvik’s friendship.

In the video, Sargun is seen telling Farah Khan that she is so scared of Rithvik and Ravi’s friendship that she cannot explain what type of a couple they are.

Sargun is seen telling Rithvik that he should bring a hired wife who will praise him, to which Ravi says that he can praise him as both the actors are fans of each other.

Sargun replies saying that she is his wife and is very proud of his work. Rithvik then imitated how Ravi and Sargun speak to each other on the phone, and Sargun reveals that she can begin to say the kind of bad words Asha uses when she calls Rithvik.

Well, Ravi and Rithvik are best of friends and share a strong bond.

It’s good to see true friendship in such a competitive industry.