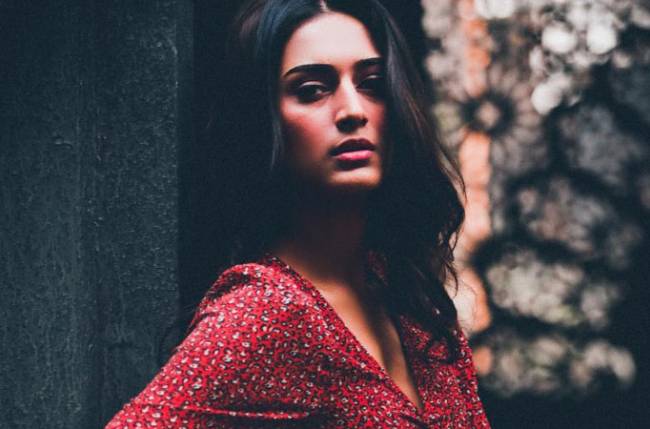 One of the most popular actresses in telly land, Erica Fernandes has mesmerized the audience with her acting skills.

The actress was last seen as Prerna in the serial Kasautii Zindagii Kay. She is also popular on social media.

These days, Erica is grabbing the headlines for two back-to-back music videos along with Harshad Chopda and Rohman Shawl, and the audiences are loving their chemistry.

The actress has a lot of fan clubs dedicated to her, and fans keep showering a lot of love and support on her.

Now, we came across a video where Erica revealed how she became a model and how her family managed her dad’s heath.

In the video, Erica said that when she was around 10–11 years old, her dad had suffered his third heart attack, which was a bad one. The moment her dad was taken to the hospital, he was declared dead. The doctors tried to revive him, but in three attempts also, he couldn’t be brought back.

She further said that when the family requested the fourth try, the doctors revived him with 1% of heartbeat. He was kept on the ventilator. Owing to this incident, her mother had to take up the full responsibility of brining up both her children, and that’s when Erica learnt a bit of kitchen work like cooking.

The actress further revealed that there came a time when the responsibilities had to be divided and that’s when she decided to help her mother and began to model at the age of 16. She participated in pageants and won, and one thing let to another.

There is no doubt that Erica has come up the hard way and is a big name in the television industry now.