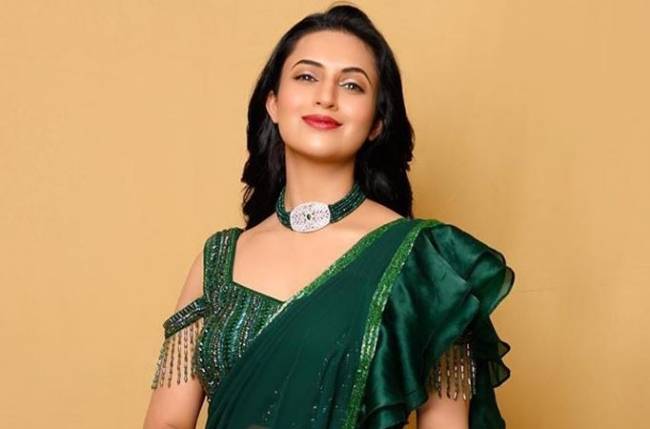 Divyanka Tripathi Dahiya is one of the most popular television actresses. She is popular for playing the female lead role of Dr. Ishita Bhalla in Yeh Hai Mohabbatein.

The actress has a massive fan following, and her fans can go to any length to shower her with a lot of love and surprises.

Today, she is no less than a superstar on television, and now, her fans desire to see her on the big screen.

A lesser-known fact is that Divyanka didn’t achieve this success easily. The actress, who debuted way back in 2006 in the serial Banoo Main Teri Dulhann, has come a long way.

Post Yeh Hai Mohabaatein going off-air, Divyanka hasn’t been seen in full flagged serial and recently she was seen as a host on crime patrol.

Now Divyanka shared an insight into what she is having during lunch and the meal looks super yummy.

In the video, Divyanka says that for lunch she was going to stick to her diet and she had ordered Paneer Tikka but then when she saw south Indian food she couldn’t stop relishing it.

On the menu, she had lemon rice, curd – rice, some Kerala special curry and she was thrilled to have the food

Divyanka had south Indian food just before the day of Kerala’s auspicious festive day Vishu thought it wasn’t a proper sadya food she did have south Indian cooked food.

Post Yeh Hai Mohabbatein, the actress is on a break, and fans miss watching her on-screen.

For more news and updates from the world of television, OTT and Bollywood, stay tuned.