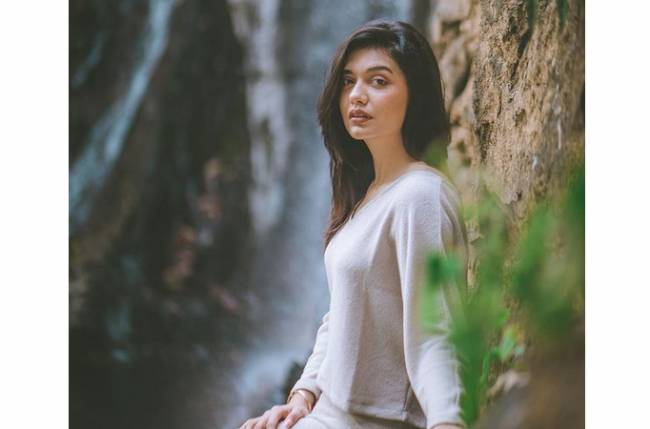 Recently, telly fame Divya Agarwal became a target of some hateful remarks on one of her recent Instagram videos. But just like every other time, she couldn’t take the unacceptable comments and decided to call out the internet users with an intense note.

The Ace Of Space 1 winner took to her Instagram story and hit back at trolls who objectified her. She wrote, “People commenting sh*t and objectifying me on my latest reel are the only ones who look at things in a certain way. When I shot and uploaded I saw nothing like it.. You think I’ll remove it after seeing *b**bs* are seen? You are so wrong trust me I’m worried about the women around you perverts.”.

Take a look at her posts here: 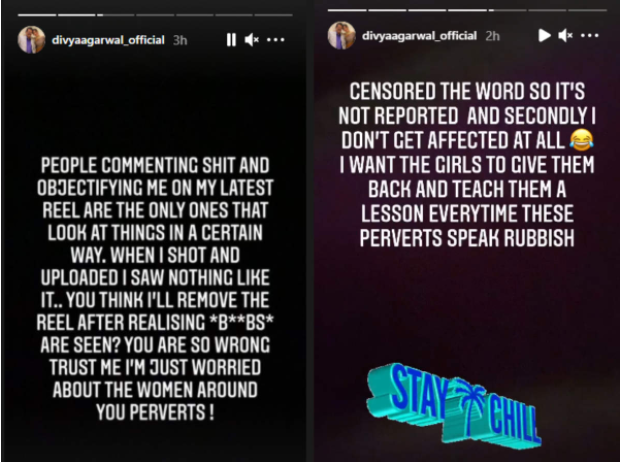 This is not the first time that Divya has lashed out at social media users for their nasty abusive comments and messages. Previously, she was trolled on her pictures from a concept photoshoot wherein she posed with a flower bouquet.

When questioned about being trolled on social media in one of her interviews, the actress said, “I just can’t take anyone who tries to justify a comment using foul language. If I have written anything, a person will comment using abusive language if they feel it’s wrong. Why can’t you relax and write properly. I need to give it back to them, because violence and abuse is not the answer. Live and let live.”.

Divya is currently dating Varun Sood and they are going steady in their relationship.