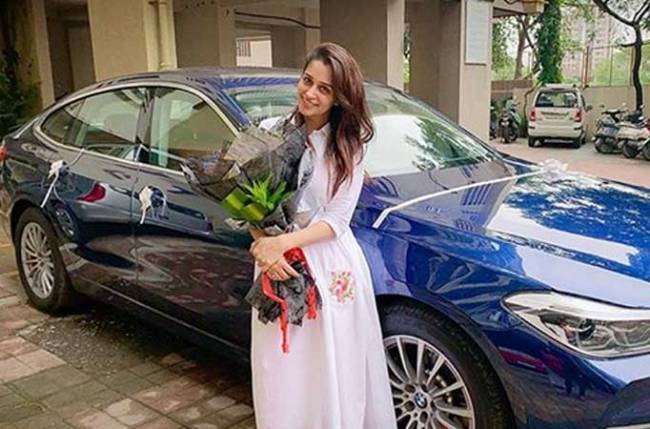 Dipika Kakar is a popular television actress who has been entertaining audience with her work. She became a household name by portraying the role of Simar Bhardwaj in Sasural Simar Ka. She is currently seen playing the female lead role in the show Kahaan Hum Kahaan Tum, which also stars Karan Grover.

The Bigg Boss 12 winner is doing well for herself professionally. As the country celebrated Raksha Bandhan and Independence Day, Dipika and her husband Shoaib Ibrahim decided to celebrate the special day in a different manner. The couple decided to buy a brand new car on the special occasions. Dipika has also shared a picture of herself along with the beautiful blue car as she stands beside it while holding a bouquet of flowers.