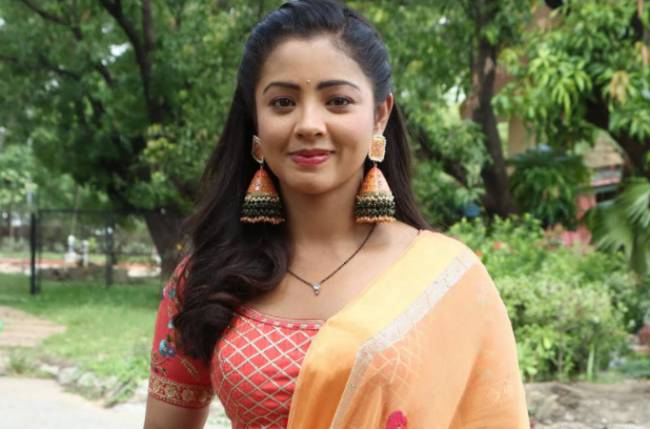 Television actress Richa Rathore who plays the lead in the popular show Aapki Nazron Ne Samjha on Star Plus produced by Sonali and Amir Jaffar hails from Shimla. A student of engineering, she never thought she would shift to Mumbai one day to pursue acting, but as they say destiny had other plans for her.

She reveals, “It all began with the film Tamasha by Imtiaz Ali. I was completing my engineering when the team had come to our college to conduct auditions. The shoot was happening in Shimla only. So I auditioned for it and was offered a small role, which I happily took up. I shot for a week with the team and I was awestruck by what was happening around me. That is when I felt acting is what I want to do.”

After completing her engineering, she took up a job, but the thought of becoming an actress was there somewhere at the back of her mind. And as luck would have it, she got a call for an audition for Kumkum Bhagya. That’s when she decided to shift to Mumbai. She played a few small parts in TV shows and eventually bagged her first lead role in Aapki Nazron Ne Samjha. Richa says, “The audition clip which was recorded in my college was sent to different production houses by the coordinator and that is how I got a call for Kumkum Bhagya. Then I travelled to Mumbai from Chandigarh as I was working there.”

She further adds, “It’s been three years now in the industry and I feel the time is just passing by. I have been continuously shooting and I am happy about that. Now in the pandemic, things have become more challenging,”
Coming from a place like Shimla and establishing herself here was tough, she says, “I have lived in metro cities but in Mumbai life is totally different. It wasn’t easy but I managed and now I have got used to the pace. When I was in Shimla during the lockdown, I actually felt what a slow life people live in places like these.”

But staying away from her family is tough, she says. “I have to do all my work by myself here. Even if I have health issues, I have to do things on my own. After packup, people are happy to go back to their families, but I have to go back to an empty house,” she says.

She further adds, “It is fantastic to work with Full house Media. Sonali and Amir Jaffar are good producers”.