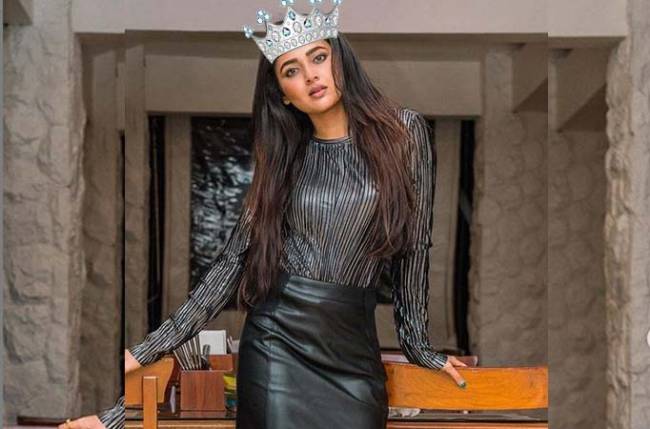 This week’s Instagram queen is much-loved for her TV work. This beauty has entertained her audience with her dare devil andaaz in the stunt based reality show Khatron Ke Khiladi 10 which aired on Colors.

Tejasswi Prakash Wayangankar has been in the industry for a few years now. The actress is known for portraying various characters to perfection. Be it Swaragini or KarnSangini, the actress has received accolades for her performance in almost all her projects. However, Tejasswi’s popularity shot up with her stint in Khatron Ke Khiladi. Tejasswi comes across as an effortless cutie while she performs the stunt as a boss lady.

The actress has impressed the host of the show and filmmaker Rohit Shetty as well, and on several occasions Rohit was seen praising her.

Though the actress did not win the show but ended up winning millions of hearts of her fans. Unfortunately, she had to quit the show due to her eye injury that she suffered during a water based task. But in the eyes of her fans, she is the true winner of KKK10.

The beauty indeed is quite active on social media and loves connecting with her fans every now and then. Tejasswi was seen enjoying her lockdown in the most productive way possible.

Almost all her posts have got her 80K likes and nearly 200 comments, crowning her as the INSTAGRAM QUEEN for the week.