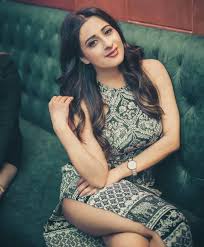 Sony TV’s show Kuch Rang Pyaar Ke Aise Bhi 3 returned to the small screens with a bang after a gap of some years.

Shaheer Sheikh and Erica Fernandes reprised the roles of Dev and Sonakshi making the fans elated.

The show also witnessed several other characters that were retained from the previous season.

We all know that Chestha Bhagat played an integral part in the show’s previous two seasons.

Chestha was seen as Neha Dixit, Dev’s sister. The actress has once again reprised the role once again in the show’s third season.

Well, while the essence of the characters has remained the same, the viewers can expect something new as well.

We got in touch with Chestha who spoke in length about her character and the changes she is looking forward to.

Chestha said that she was quite excited to shoot for the show.

When asked about how she felt about Neha’s character this time before she kickstarted the shoot, Chestha said, ”I wanted to know what Neha’s character is all about. I didn’t feel any challenge portraying the role. I didn’t even feel that I portrayed the character 5 years ago. It felt like yesterday.”

Further, when asked how different is Neha’s character this time, she said, ”Actually, when I was doing the look test, I felt like I have preserved the clothes I wore 5 years back. The look is the same. I was expecting that something will be different. The only thing is that I have grown personally as per the age. Rest all the things are the same.”

She added, “The way Neha was five years ago, she is still the same, so is her thinking. She talks in the same way. It will be interesting to see what all is portrayed in my life on-screen.”

Lastly, we asked if she is expecting any changes in Neha’s character, Chestha said, ”Of course, I would also love to portray my role even more beautifully if Neha’s character will have a new essence. If we are portraying the same thing, it looks monotonous. The makers feel that Neha’s essence will remain the same. A lot of things are unfolding in Neha’s life and I am waiting to see what happens next.”